Into the New Year

When starting this post, it was only five days into 2013 and I was watching people all around me break their New Year’s resolutions already. I guess that’s expected in Sin City? Vegas can be fun, for a short period of time. And by the 5th of January, I felt like we had outstayed our welcome. The trip started out great, being able to catch up with Miss Alana and getting to know her Portland home-girl, Ashley made the first few days go by quickly (it also didn’t hurt that we had an apartment to crash at, thank you, ladies!!). Although it seemed like most of our group was ready to leave sooner, we ended up extending our trip through last weekend so that I could get my computer fixed (read: I spilled coffee on my laptop back in Bishop, which is the one we use to edit all RV Project photos and videos…everyone should get a plastic keyboard cover, could have saved me almost $400).

After New Year’s, we stayed at the Palace Station for a few days: the dredges of the casino-hotels in Las Vegas. We crammed 5 people into a room for 2, and happily paid about $5 each per night for a warm space to sleep. Since the computer was not going to be fixed until Monday, we decided to upgrade to the Flamingo. The room was much larger and included a view of the Strip. The Flamingo is one of the only hotels on the Strip without a resort fee, which is nice since most of us (except Spenser, who now heads to the gym a bit due to the broken heel) are not using the resort for much except sleeping. It’s cool to be on the Strip, I guess, but a $4 drip coffee makes the mornings a little less enjoyable on a rest day.

Back to my thoughts for the New Year… I have mixed feelings about Vegas. You can get whatever you want, and usually for reasonably cheap, as long as you are able to convince the right people of your value. For example, I got us a great deal on a hotel room at the Flamingo by saying that I did not have much cash to spend on a room, but my boyfriend (it’s his birthday, of course) would be frequenting the casino, specially since he loves the slots baby. The phrase “unadvertised” deal quickly came into play as Wimberly “found” us a double-bed room with a view for 3 nights for a total of $150. In Vegas, I actually enjoy telling white-lies, especially because it feels necessary…otherwise, you’re the chump around here.

I have realized that it is not the life that I want to live, I don’t want to pretend to have a boyfriend with a gambling problem…I just want to be myself. This realization came through the morning of the 5th after reading a work email.

I work in organ donation and pick up shifts remotely on the road. I was highly involved and emotionally invested during the years that I was working full-time in the Bay Area. I have because less and less involved as I moved to part-time, mostly for self-preservation. Organ donation is almost always a double-edged sword – someone has to die in order for someone else to live (unless you do live organ donation, which is much more rare and can only be done with the kidneys and liver). I delete many emails I receive, it’s a large organization and many of the emails sent out do not apply to me.

On this rest day morning though, Kelly’s story caught my eye.

On January 1, 2013, I was recovering from a slight hangover and hunting for a hotel deal on the internet. As I was worried about getting the best deal in Vegas, Kelly was dying. After checking out Kelly’s blog, I went downstairs to spend almost $4 on a cup of coffee and sip on it while watching people around me kill themselves slowly with their pick of poison – a cigarette, an unhealthy meal, or a gamble. People who were not born with Cystic Fibrosis, people who were born with a chance for a full life, which they have made the choice to squander. I do not want to be one of those people.

Being in Vegas has taught me more than I ever thought it could. I was coming here as a vacation from the bone-chilling cold in Bishop, a change of scenery as Spenser mentioned in the last post. Regarding my climbing, I have learned that I want to build a foundation of easier problems rather than only project problems that are just out of my reach. I have learned who I want to travel with, and who I do not. I have learned that next time, we are definitely bringing a french press to Vegas.

After an introspective day, we headed to see what Vegas off-the-strip has to offer: a breakdancing competition, thanks to a tidbit from a recent Vegas transplant, Alex Stiger. And, I think I can speak for the entire group when I say, it was the most fun we had off the boulders in Nevada! Except for when Spenser and I won a bunch of money playing Blackjack. $50 is still a ‘bunch’ of money in my book these days… 🙂

For some inspiration for the new year, check out the most recent post on Kellys’ blog.

Here’s a few pics from the trip: 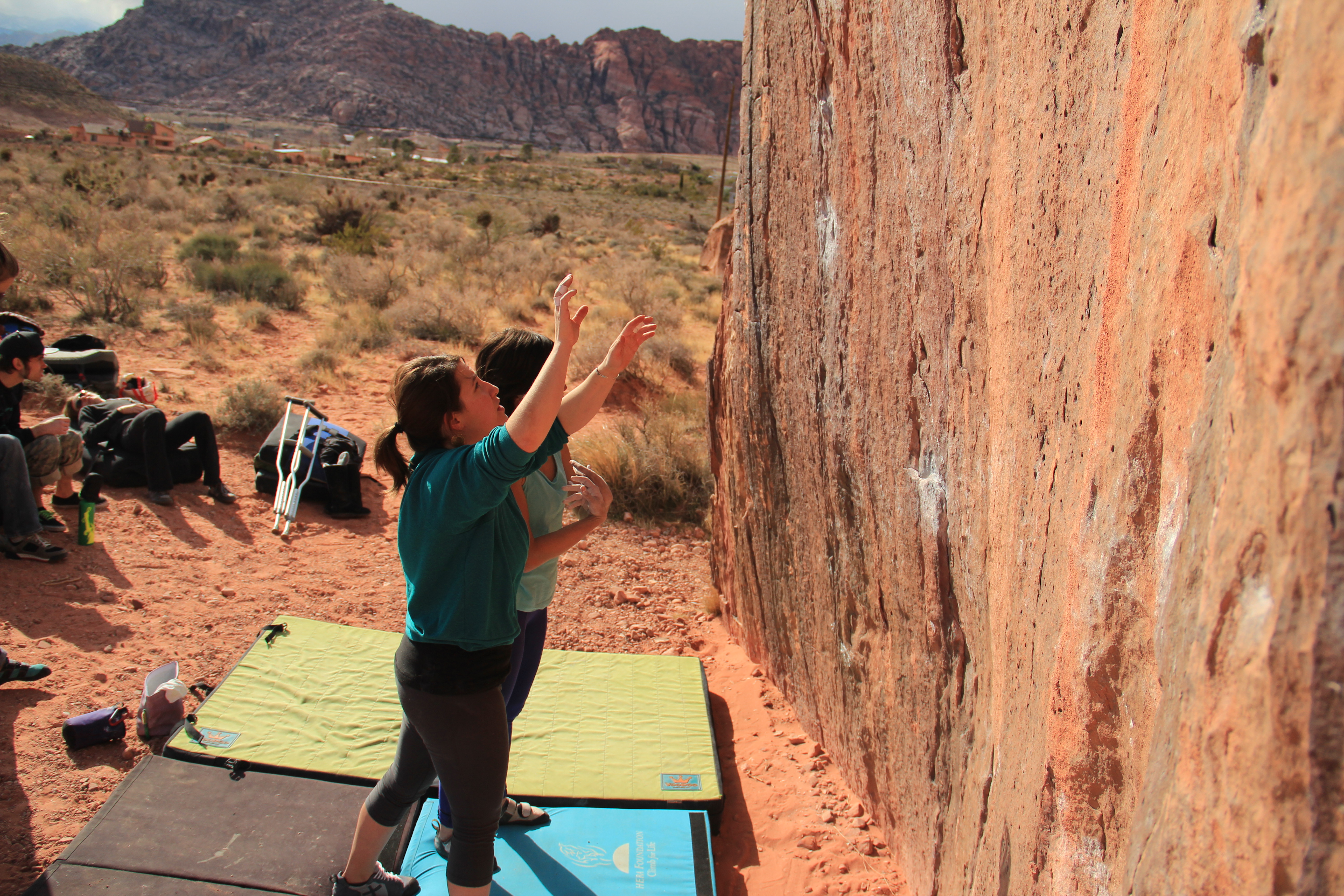 Alana and Vikki working out shortie (and extremely painful) beta for a Red Rocks classic, The Pearl. 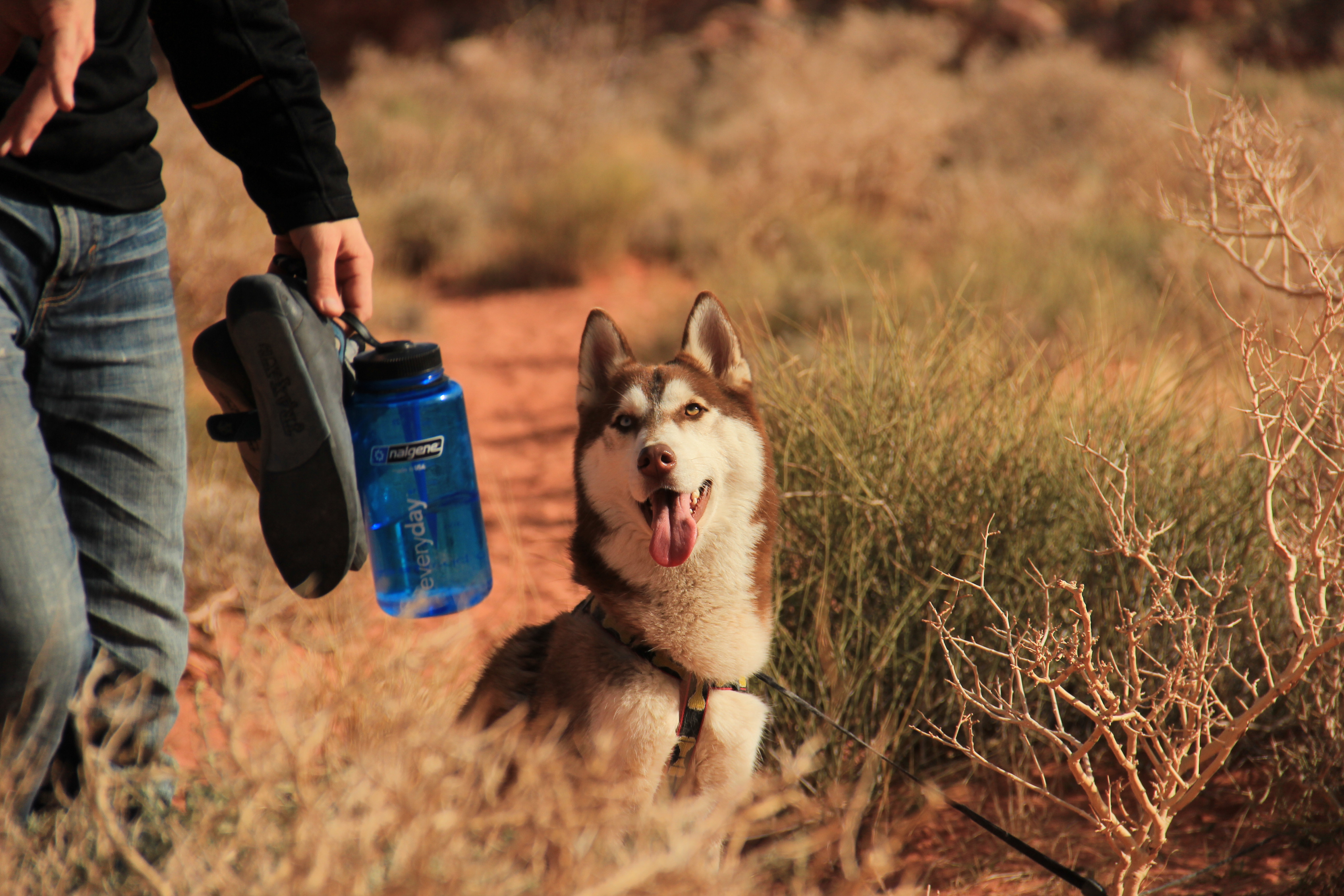 A gorgeous wolf-husky posing for the camera. 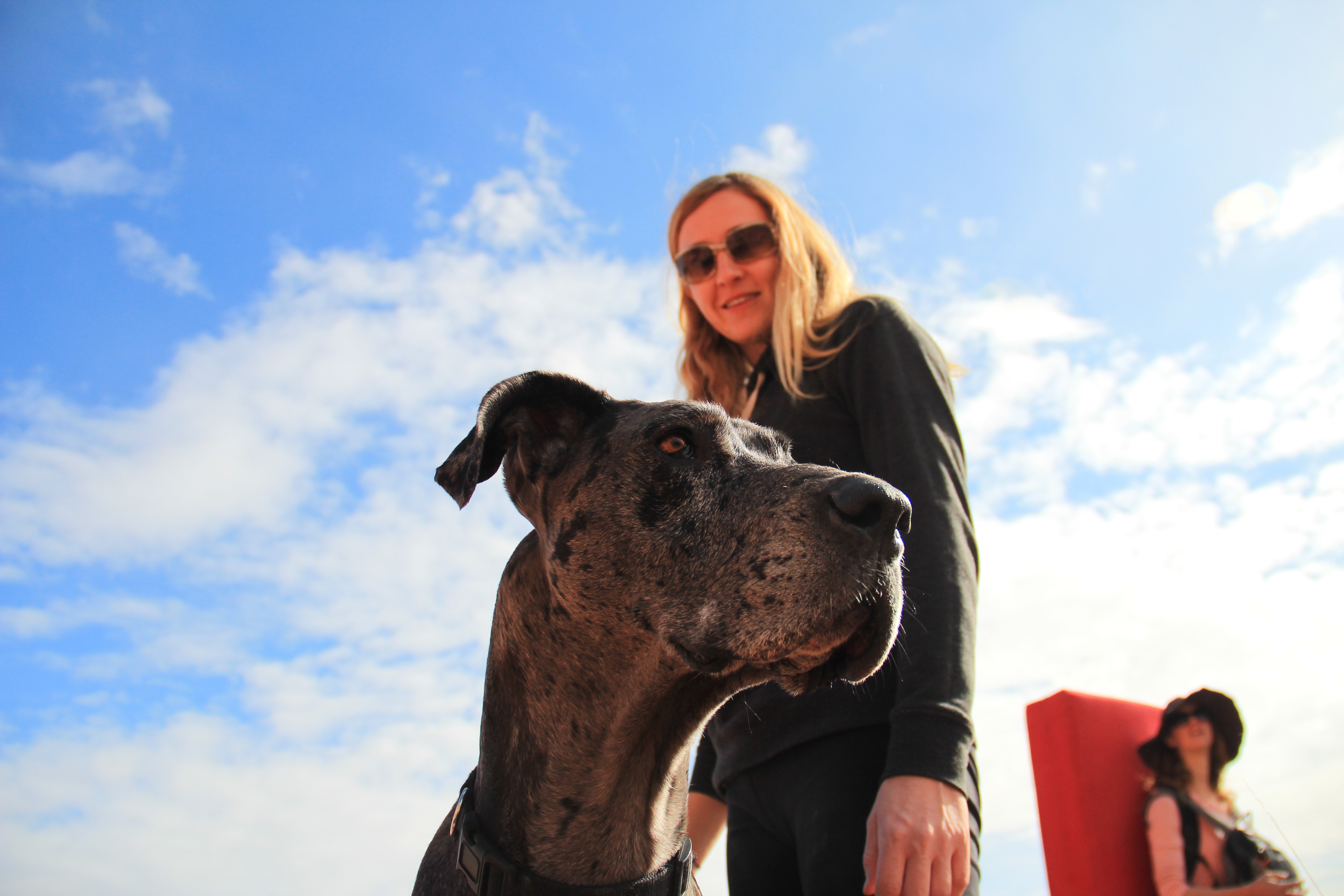 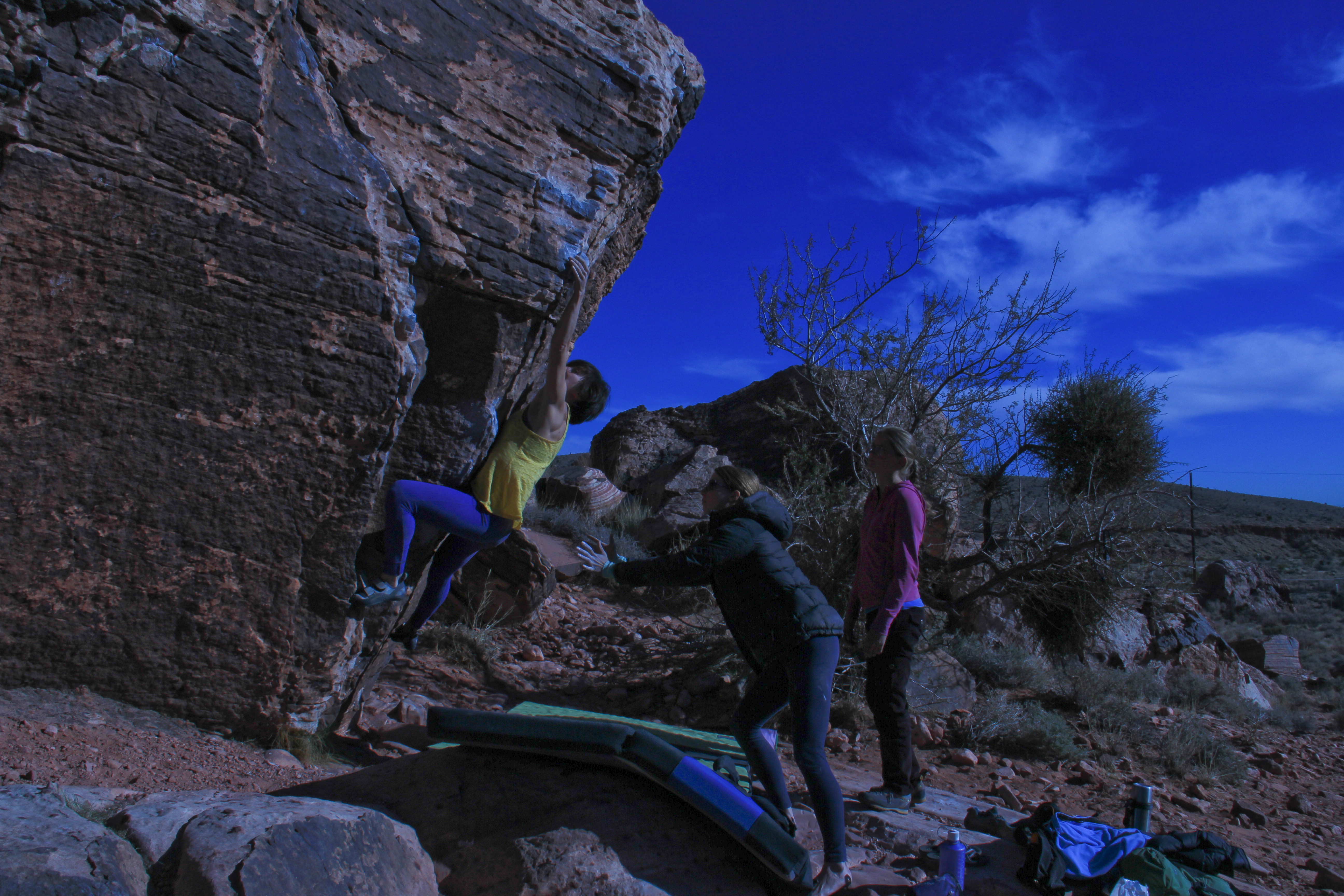 Vikki on Jonesin’ – a great V4 with a spicy top-out.