Five Ten Vs La Sportiva: The Battle for Shoepremacy 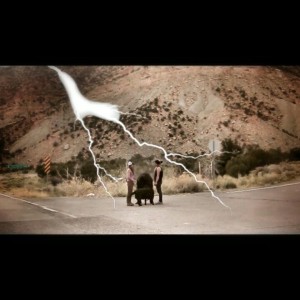 The ladies getting ready for battle.

You probably didn’t hear about The Brawl. The media kept it under wraps, and the organizers of the Outdoor Retailer show in Salt Lake City performed a behind-the-scenes cover-up the likes of which we haven’t seen since Princess Diana was abducted by those aliens.

Nobody is quite sure how it started. Some reports indicate that the Five Ten reps had a slingshot hidden behind their display that was used to launch Arrowheads at the La Sportivans. Another witness alleged that Tommy Caldwell started it when he threatened to start chopping off fingers to “even the playing field.” Thankfully, the altercation was broken up before anyone was injured. The rival companies decided to settle it once and for all, away from the hubbub of the convention center and the public eye.

Earlier this spring, Five Ten Athlete Flannery Shay-Nemirow and La Sportiva Athlete Shannon Joslin met on the field of battle. We were there to capture it on camera. The result? A fast-paced, hard-hitting, suspenseful drama of epic proportions. This is a peek behind the scenes of the climbing shoe wars. Are you ready?