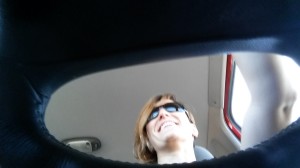 The saying goes that time flies when you’re having fun. Strangely, I find that time flies when I’m standing still. Take the past two months for example. The RV Project moved its headquarters into my parents’ house, where we soaked up the comforts of a house and a doting mother and father who love to cook delicious food. A 2 month hiatus from the road seemed like a great chance to catch up with the videos we’re making, do some needed maintenance on the trailer, see our non-nomadic friends, and for me to prepare for my upcoming Birthday Challenge.

The problem is, it feels like I’m just starting to train, and we’ve already left. It’s now less than a month from my birthday, and I am already dreading many of the elements I’ve set for myself. I’m not in poor shape, but the list of challenges is long. Time is fast dwindling, moreso as I’ll want to taper for a week or so before the challenge. 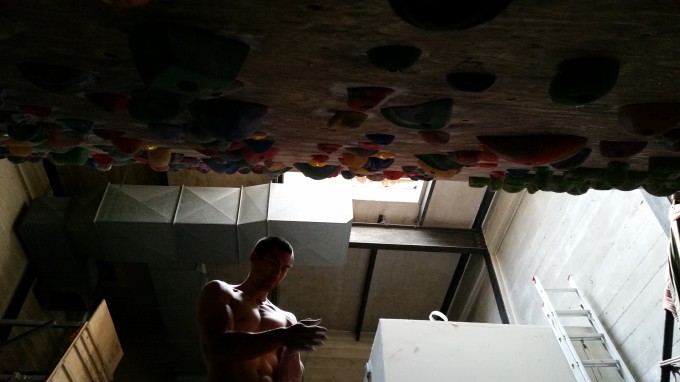 Contemplating another attempt on heinously small holds at the woody at Touchstone’s Great Western Power Company. 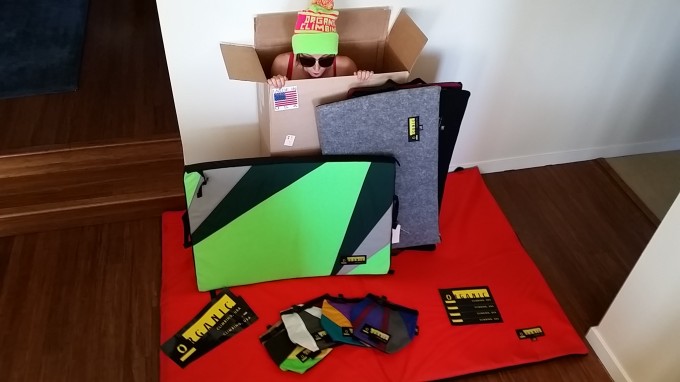 Some new sweetness from Organic. Vikki is little.

I spent most of my time in the gym lifting weights and gaining endurance. I followed the format of Phase 1 of John Long’s Workout From Hell. I’d done the entire cycle once before, and remember feeling much pain and suffering during the 30-rep phase, but I also recall that my body felt as solid as a tree, as though bullets would bounce off my chest. I figured this would be a good way to train for my 300,000-pound lifting day, not to mention condition me for many laborious days of enduro-bouldering and long trad routes. Endurance, I’ll mention, was gained by climbing as many sport pitches as I could convince Vikki to belay me on.

For the past 6 weeks I was taking 5g of creatine monohydrate per day as well. I’ve cycled creatine before, and found it helpful in improving my recovery and training intensity quite a bit. As a result, I also gained about 8 pounds. This made climbing much harder, but the sacrifice will (hopefully) be all worth it when I shed that weight and keep the strength.

One of the big holes in my training, though, has been cardio. I’ll be okay….the long road ride and 30k run that I have planned are both elements that I can struggle through and finish. I’m just worried about recovery. 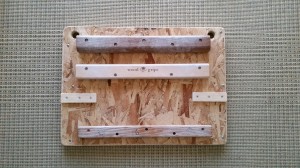 Thanks to Great Western Power Company for the rungs. Made this little guy for quick finger warmups at the boulders and quick training sessions ANYWHERE.

So I’ve been training, but not hard. I have no excuse for this, but I do have a lesson to impart. It’s one that I’ve learned again and again, and I always seem to forget it. The lesson is this:

Being at the sage age of 29, I figured I would be able to kinda just wing it. But I would instead overtrain one day enough to require a rest day the next, which would push my schedule back a day, which would make me overtrain more. Then I’d feel guilty for ignoring editing projects, and would take two days off to sit at a computer. Maybe I’ll be okay…maybe doing fewer intense days will be better preparation for a month of intense days. Or maybe I’m f*&%ed.

And in the blink of an eye, our two months of easy showering and consistent gym access ended. Yesterday morning we threw the rest of our junk in the truck and pulled away from my parents’ house.

This brief the best way to stretch time is to fill it. When people say “that was a long week” they usually mean that it was a busy week. Since most people work at jobs they don’t much like, “a long week” has a negative connotation. Also, it’s the opposite of “time flies,” which is equated with fun. 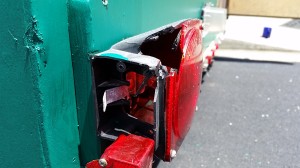 Part of the busy-ness before departing the Bay: Replacing this thing and diagnosing wiring problems, which were myriad.

I’d rather have a long week than a short one. After all, we’re all dying one day at a time, and the longer your weeks are, the better. I am aware that my weeks are, generally speaking, much more fun and outdoorsy and such than most people’s; I’m in the 1% in terms of good fortune. Still, I know that when we are working hard, playing hard, sleepily unpacking and repacking for the next adventure and cramming in work in between, time telescopes in the right direction. 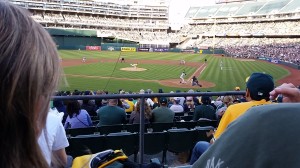 A Father’s Day celebration, watching the A’s get pummeled by the Yankees. Shitty outcome, made better by the post-game fireworks.

Relaxing is great. Relaxing is necessary. Too much relaxation causes me to forget what I was relaxing from in the first place. The minutes pass slowly while the days overlap and fade into one another, unremarkable and unmarked by challenges overcome.

I cannot wait for summer.

SF in the SE

SF in the SE