Back in the late 80’s and early 90’s, there was a video shop in Isla Vista, CA that catered to the students at UC Santa Barbara. It was called @*&# Video Shop and Climbing Boutique, was owned and managed by Steve Edwards, and served as the de facto epicenter of a nascent Santa Barbara climbing community. 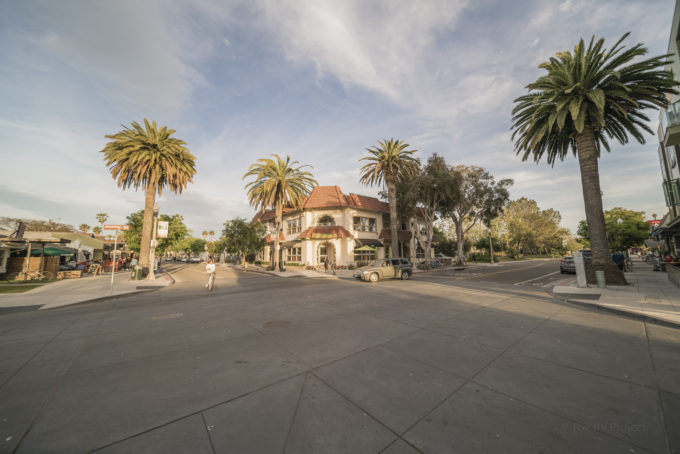 The former site of the infamous Video Shop. Now it is a bland heath-food eatery. Sad! #make900embarcaderodelmargreatagain

It was a time before the ubiquity of cameras, which presents a challenge: Steve’s video shop is a central element in the story, but we have almost no footage or photos from the interior. It will be difficult, even with several people’s descriptions, to get the special quirkiness of the place across. 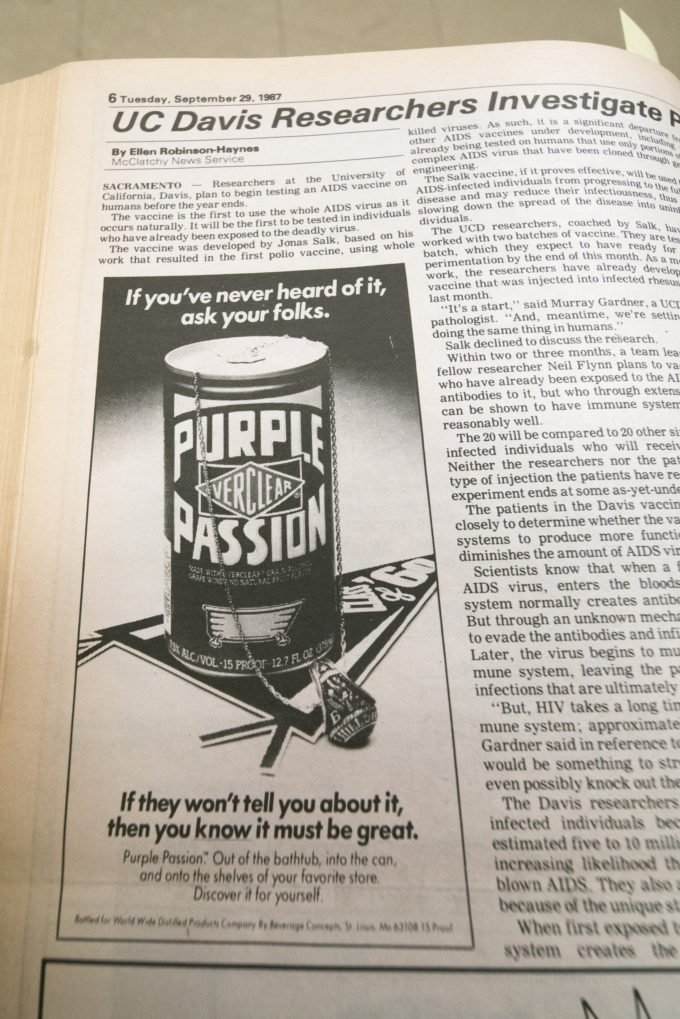 Dis be dat original Purple Drank. Also, does anyone remember when AIDS was hella scary? It was like, the terrorism of diseases. Click the image to make it bigger and maybe read some of the text, you know, if you’re into that kind of thing. EDIT: HOLY SHIT THEY BROUGHT THE PURPLE BACK!!!!!

In our interviews, several people have mentioned the ads that Steve put in the Daily Nexus, UCSB’s student newspaper. I popped over to the Nexus archives yesterday to look for these ads, of which I found a couple, and I had a somewhat mind-bending experience, leafing through yellowed, ancient copies of a paper that I used to read daily. I found that, in some ways, nothing’s changed. In some ways, the world is a very different place. Mostly, I found that flipping through 8 months of newspaper headlines in 2 hours is a very disorienting experience. 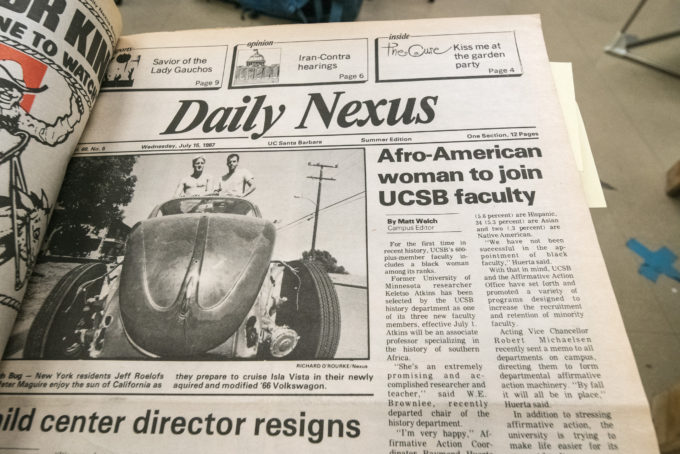 Anyway, here are a few more gems from my time in the archives. I highly recommend contriving a reason to leaf through old newspapers. 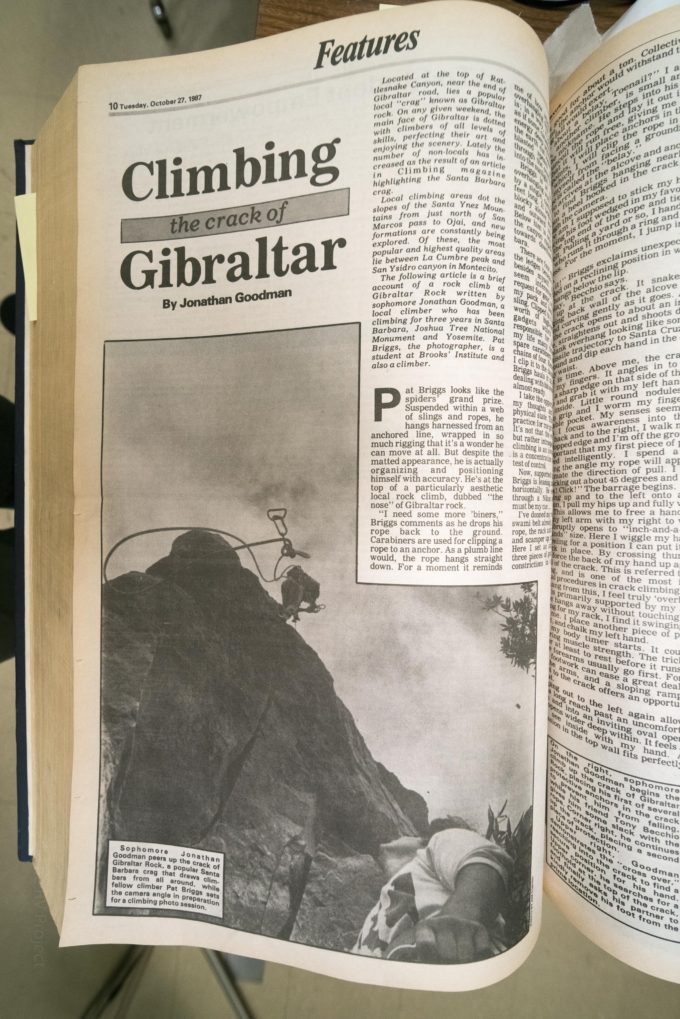 A centerfold spread of rock climbing! Pat Briggs shoots photos, Jon Goodman gives a move for move account of climbing The Nose of Gibraltar, 5.11. Brilliant! Of note: The Climbing Magazine article mentioned in the lead-in was written by Reese Martin and can be found here. 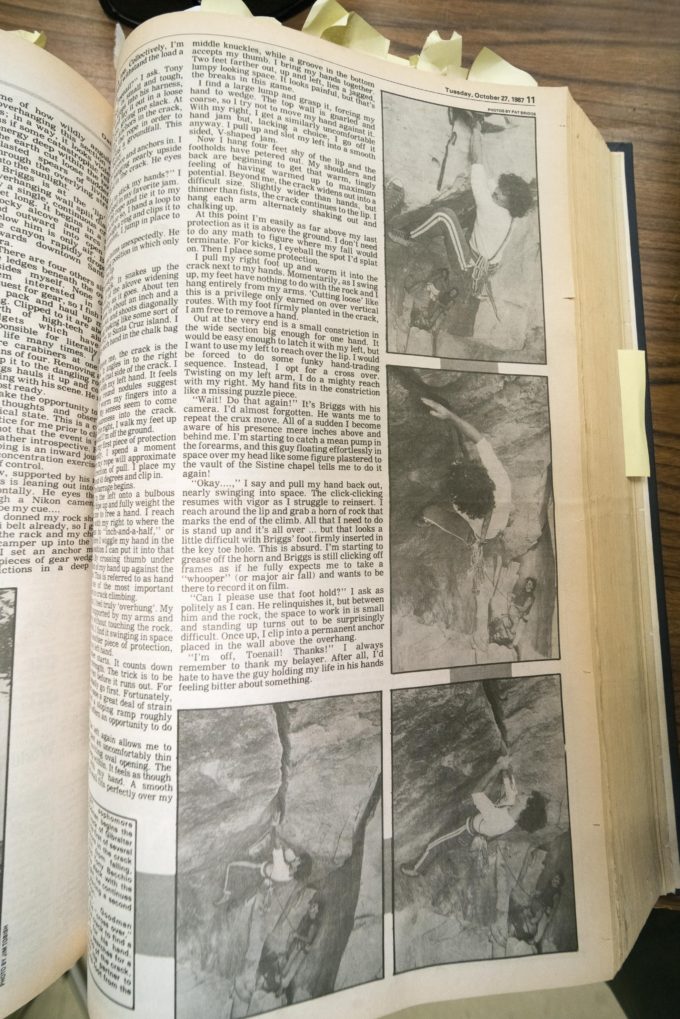 Apologies for the columns being hard to read. These archival volumes are bound with nails. F’ing 3 inch nails, man! 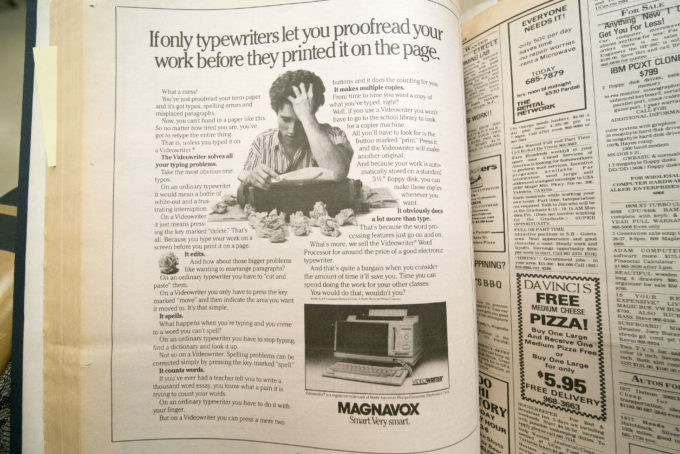 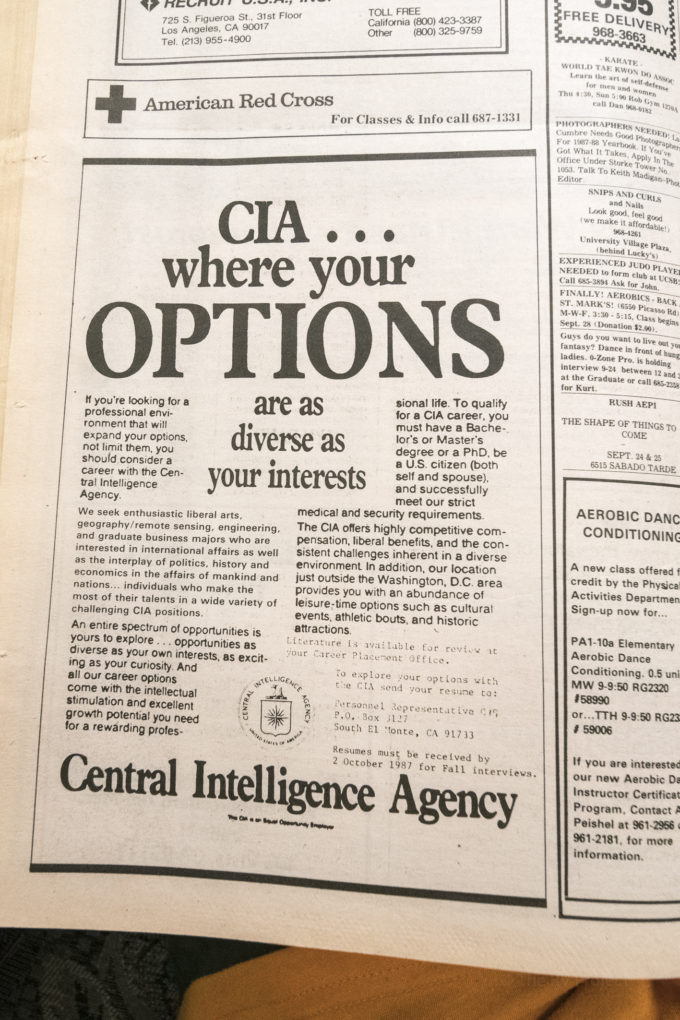 Do We Even Climb, Bro?

Do We Even Climb, Bro?