I want to take it back to the old school.

Now, this ain’t a paean about the good ol’ days when men were what society said they were and women were their service animals. I’m not calling for some rose-tinted return to a legendary epoch of “grit and toughness” that never existed. I’m thinking only in terms of social media. When I say old school, I’m talking about a handful of years ago, when 8a’s website only a outdated by a decade or so, and the “#” symbol was still just a tic tac toe board. 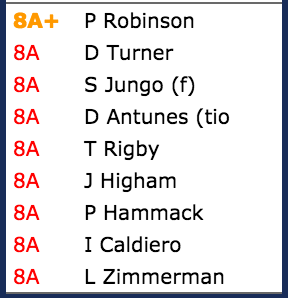 I want to revisit the blogging era.

Before Instagram existed, we followed climbers’ blogs. My RSS feed included the blogs of Jimmy Webb, Alex Johnson, Paul Robinson, Woods Family Climbs (yes that Woods), Ethan Pringle, Dave Graham, James Lucas, Angie Payne, and Nalle Hukkadyno. (Does anyone miss Climbing Narc, like I do?) Every few days or so, I’d visit Google Reader and see if any sick sends, inspiring stories, or rad videos had been added. Blogs forced both the author and the reader to engage just a little bit deeper than today’s pic-vid-caption platforms, but were informal enough that typos and poor grammar didn’t detract. 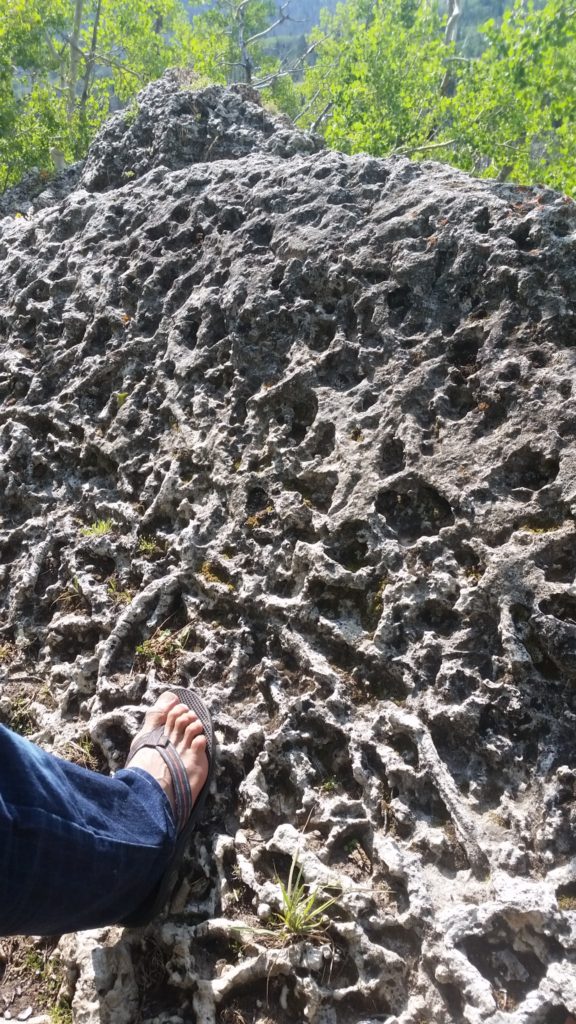 If I didn’t know any better, I’d say this rock is made of a bunch of lithified Acropora. But that would be ridiculous.

Moreover, a blog post is also a webpage. It was easy for the author to include all kinds of links, references, and photos that either added to the story, or added to the author’s personality. The blogging era was a time when people were less afraid to post something “honest” for fear of losing followers. One of my favorite blogs, which is still active, is Stevie Haston’s. Part diary, part journal, part waking dream, his writings provide a peek into a mind that seems as muddled as my own. It’s levity, in a high-gravity world. I recently stumbled on this post, which he wrote back in 2010.

Happy Xmass, from the International Jamaican Federation of Ice Climbers against Global Warming, please donate generously. At this precise moment in time (somewhere in December) we implore you to cut your carbon footprint by not exhaling, and of course by not using de car to go to work, in fact don’t work cos it is bad for the environment.

Two months ago I deactivated my Facebook account. It’s a curiously symbolic action in that nothing changes: you can still find me, tag me, and request to be my friend. I can (and do) still use FB Messenger, as my phone is too old to send and receive photos via text message. And should I simply forget that I’ve quit Facebook and decide to log in, I wouldn’t even be aware that I’d quit:

If you run it through a truth filter, it says “so long and thanks for all the data. We could use more ad impressions, so come on back when you want to feel like a commodity again!”

I’m pretty sure that I’m overall happier as a result of going cold turkey on the Book. That said, I’ve felt a curious longing for a space to publicly share the absurdities of life that we encounter, the things that make us psyched, and everything else that I feel deserves attention but isn’t appropriate for Instagram or worthy of the time required for a polished piece.

With this post, then, I hereby resolve to give fewer fucks about how we’ll be judged on any given blog entry. I resolve to make a greater effort to share my thoughts via the written word. I make no promises regarding how frequently I’ll be doing this. One thing I do know, however, is that I already feel better having posted this one.

Stay tuned for more blogging. In the meantime, here’s a link to a Werner Herzog documentary about Reinhold Messner and Hans Kammerlander attempting to climb two 8,000m peaks in one push. We recently watched it (I watched it twice), and though it’s dated (it’s exactly as old as I am), it’s RAD. I’m not sure it’s stream-able, and I bet nobody who reads this will seek it out, but the whole point of this writing exercise is who gives a shit? Let’s go climbing.

The Muddy Waters of Trailer Insurance

The Muddy Waters of Trailer Insurance