There’s so much rock in our neighborhood in Northern New Mexico that it can be hard for us to focus our attention on the areas that have already been developed. Often Spenser and I choose to run around exploring a new area, rather than going back and “working on” an established zone.

Even though we might want to just run around and hunt for new boulders, we do realize that more people will come. Maybe 5, maybe 10…maybe more. And those people are going to want to get around this beautiful boulder field. 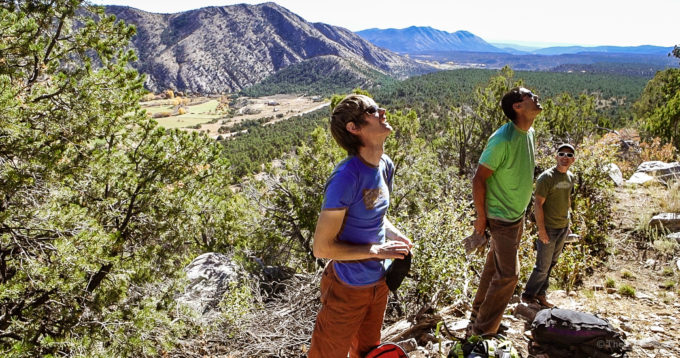 Before getting to work, Owen, Spenser & William gawk at a beautiful boulder.

As we found out from Ty Tyler’s visit,  it’s illegal to construct unapproved trails on National Forest Service land, but if we can prevent climbers from getting lost and bushwacking, we can limit the impacts and erosion that trigger access threats. So, what do we do? 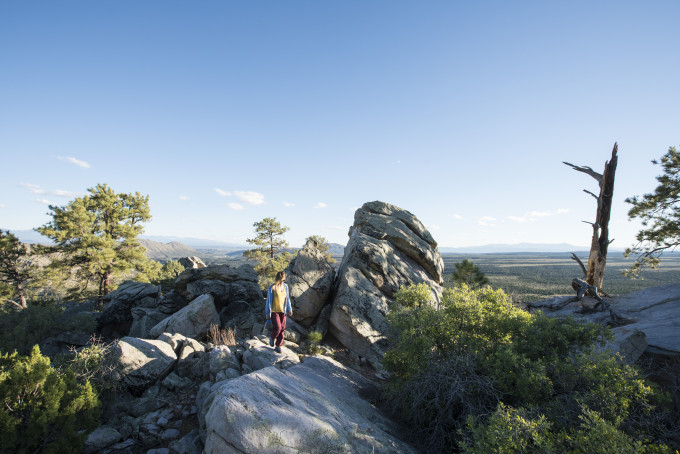 Vikki hiking around the Summit Boulders at Nosos.

When we visit an area, we establish use patterns, which will eventually become the “social trails” that future visitors will end up following naturally. In Nosos (AKA La Madera), we decided to use cairns (stacks of rocks) to flag these routes or paths and keep other climbers on the “right” ones. We also blocked entries to old paths that we want to prevent people from using, and made preferred routes easier to navigate.

These paths are indicated in the newly released New Mexico Bouldering Guidebook, but marking the paths clearly is especially important for climbers without a book. We tried to make sure that the “correct” path was also the path of least resistance, so that people would instinctively tend to follow them. 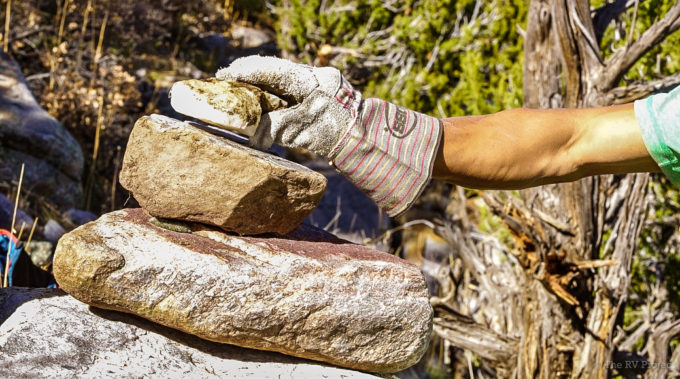 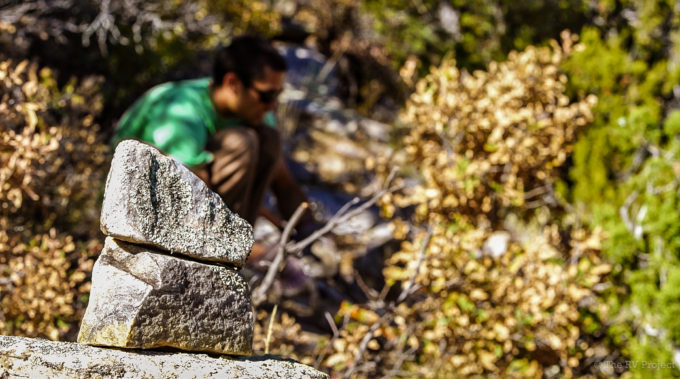 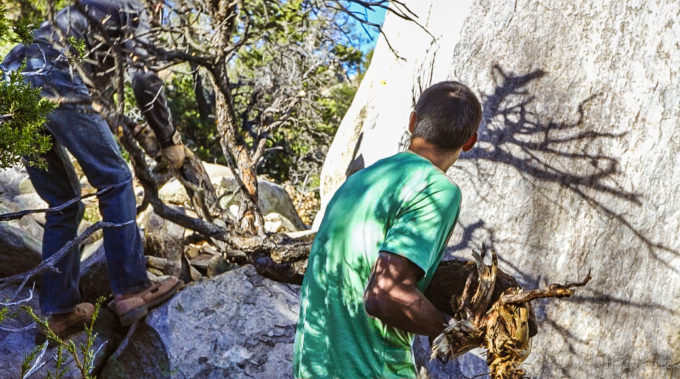 We didn’t have to do too much work in this department because William, Owen and other local developers had already done a good job of following the same paths. We did tweak some of the approaches to make them travel over rock instead of dirt, and to divert them along more gradual slopes. 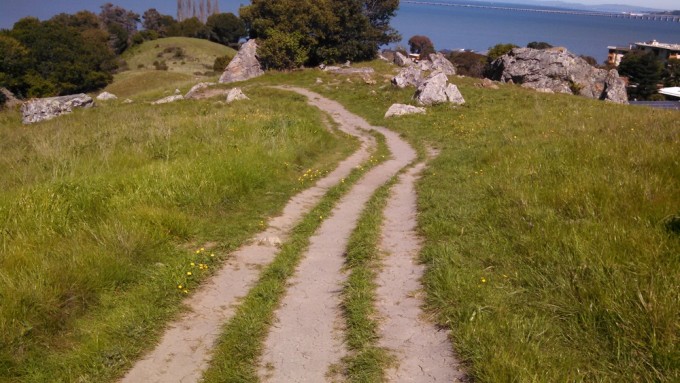 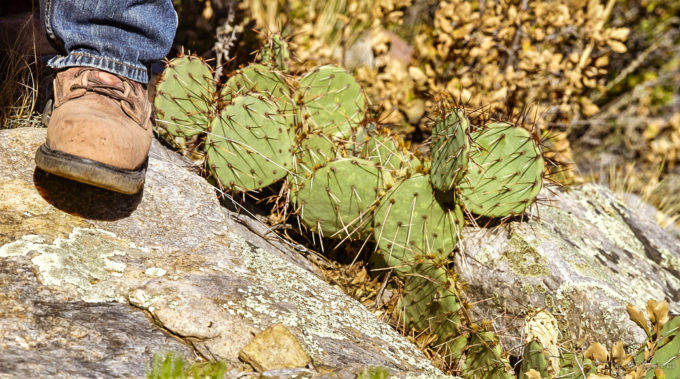 Prevention is the key to avoiding future problems in health of a climbing area, kinda like your health. We have enough available information these days that we can learn from issues that have happened in similar locations. 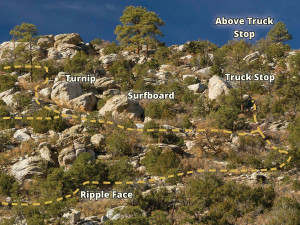 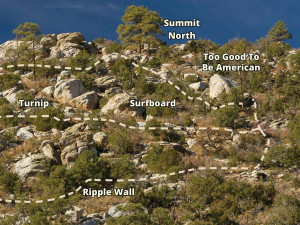 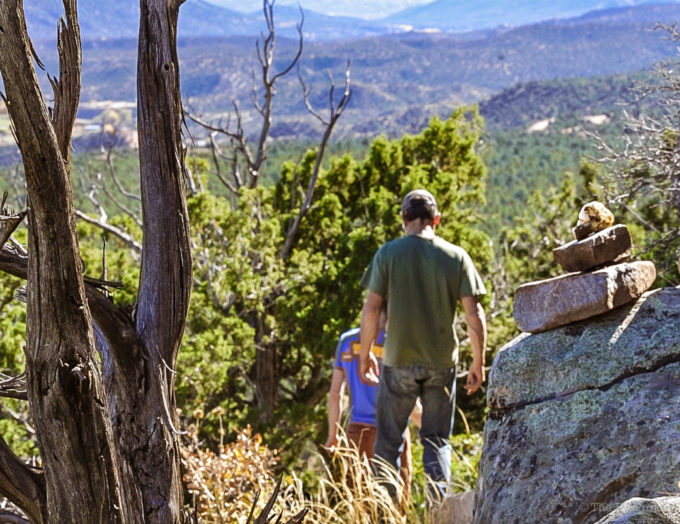