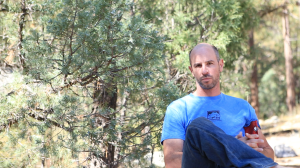 Ty Tyler. Now there’s a name. Technically, it’s a nickname, but whatever you want to call him, Ty is the National Stewardship Director for the Access Fund. It’s his job to ensure long-term sustainability and stewardship of our climbing areas throughout the US. He travels more than we do.

Ty worked a trip to La Madera into his schedule, and schooled us a bit about how to think about developing.

The first big question to answer is, “what’s the potential for this place to really blow up? How many people are going to be coming here?” We identified a few key attributes to look at that can help answer this question. 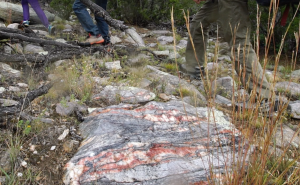 Of course, there is no set formula to apply, but looking at examples of existing areas is always a nice model. Chaos Canyon, for example, is a million-mile hike into the stratosphere. But, it has good rock and tons of climbing, and it’s closer to the Front Range population centers than any other summer climbing destination, not to mention the scenery. Joe’s Valley isn’t near anything, but the rock and the lines are fantastic, the camping is free, and you can literally be on pavement until you put your climbing shoes on. Neither Chaos or Joe’s checks every box, but it’s easy to start seeing some patterns.

The La Madera area likely has what it takes to be a popular area.

So there’s gold in the hills. What next?

Getting it Right, Now

We spent the day walking Ty around the boulders of La Madera. I felt bad for Ty, because it was a bit too hot to climb, but we did get some problems in during the evening. Most of the time, we eagerly dragged Ty to the prettiest lines and gesturing wildly at the distant landscapes full of boulders. Then we would ask Ty for advice on everything from trails and landings to establishing good relations with the local land managers & community.

Boulders tend to be in places without much human traffic, and when that traffic quickly increases by an order of magnitude, the area can undergo a lot of undesirable changes. That is why it is important to anticipate the traffic and funnel it in the right directions.

In the back of everyone’s mind should be an understanding that access is not guaranteed by anything or anyone. Land owners and land managers can yank our privileges faster than the DMV yanks your license for your third DUI. 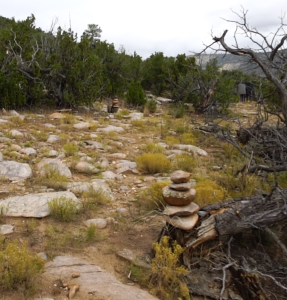 This being National Forest Service land, we are allowed to recreate, hike around, and generally enjoy the outdoors. We aren’t allowed to build anything without full approval, which means no stone staircases, no trail structures, no building landings underneath scary boulder problems, etc. Doing any of that type of development would require an environmental analysis & public comment period, a lengthy process that can take years to complete, leaving climbing areas open to more impacts along the way.

We are, however, allowed to establish our use patterns carefully, which essentially means that if we can get all of us to keep walking the same way to and from the boulders, we’ll wear social trails that future visitors will end up following.

If we think for the future and establish our social trails in sustainable ways, perhaps use little cairns or some flagging tape to keep visitors to the “right” paths, we establish use patterns that can last. This is incredibly important, because when land managers walk through a climbing area, they don’t want to see tons of braided trails, lots of trail erosion, or constructed features. Furthermore, this is a desert hillside, and in 20 years we’ll see some serious erosion if we don’t work to prevent it now.

Talking to The Man

Because it’s his job, Ty is full of advice on how to talk to land managers. As he points out, they may be government employees, but they are people too.. Working with people necessitates building a relationship, not just demanding they do work for you. Its not a bad idea to get to know the land manager, what they face each day at work, what they like to do, etc. Understand their perspective and listen to what they say. Climbers aren’t the only users out there & its important to see the area through multiple lenses.

One phrase that came up often was “recreational resource.” By developing a climbing area to become a recreational resource, in a responsible way, we’re giving the land managers a head start on the amount of future work needed. The boulders will attract visitors, and if things are set up right, they’ll have a lower impact. There may even be some economic benefit to the region. 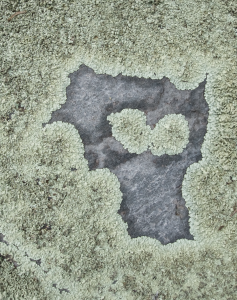 Lichen-face says “don’t screw it up.”

We can just as easily screw it all up.

If you’re a ranger and you suddenly notice a bunch of cars on some obscure road, and you hike up and discover a highly impacted site, you might misunderstand the activity and react emotionally. If, during that hike, you happened upon a climber with a guidebook to the area that you’ve never heard of in hand, you could feel like climbers were trying to pull one over on you, and you’d be pissed. That’s why our next major step will be to approach the people at the field office, introduce ourselves, climbing and the area.

In the beginning, there were boulders. There were also dead trees, brush-choked paths, and uneven landings. In the beginning, exploration requires bushwhacking, and climbing might need some cleaning or safety improvements.. But with a some subtle rearrangement, a rock turned over here or some shrubs cleared there, could clearly identify where to climb, where to sit between burns, and where to walk to get to the next boulder. Once more people come, “use patterns” become more established. When a land manager finally does come to take a look, they won’t see it with braided trails, heavy erosion, or concerning impacts.

At least, this is what we’re hoping for.