One of the RV Project’s favorite people, Flannery Shay-Nemirow, had a blog called Recounted Experience, and she used the following quote from Jean-Paul Sartre as a tagline: “For an occurrence to become an adventure, it is necessary and sufficient for one to recount it.” I liked that quote, although I didn’t think about it much. It just sounded good.

The quote reminds me of the famous declaration, attributed to Socrates, that “the unexamined life is not worth living.” This is another series of words that sounds like a truism, though, again, I don’t think I ever knew exactly why it struck a chord. The following quote from an article in The New Philosopher addresses the extreme position Socrates is taking:

In a world of abiding uncertainty and complexity one can recognize a certain attraction in not examining too much, for too long in life. Thus the allure of those who offer to provide clear answers, simple directions, precise instructions (whatever) so that you may set aside examination and merely comply, or unthinkingly follow custom and practice – perhaps living a conventionally moral life rather than an examined ethical life. One can easily imagine how pleasant an unexamined life might be. And it is for this reason that I think Socrates makes his claim so uncompromising.

Flannery doesn’t update her blog anymore, sadly, but the aforementioned quote often pops into my mind when I feel the need to process some happenings, and recount them properly.

4 years ago, I put painful abrasions in my armpits by crutching 3 miles to and from Gateway Canyon. Facebook reminded me of this, as we are now in the era of Facebook-facilitated reminiscing. And now, here I am, recounting the experience of reminiscence…and before I return from this digression, see how capable a crutcher I became?

4 years is a lot of time for change to occur. It’s the average span of high school, or undergraduate studies. A presidential term. The gap between one Olympic Games and another. World wars seem to take about 4 years to administer, plus some turmoil bookending official hostilities; meddling proxy wars take a bit longer (see: Vietnam, Iraq II, Afghanistan). 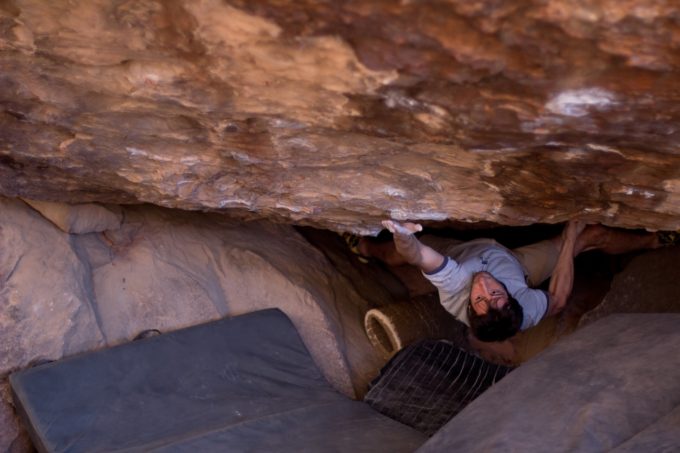 A few months later, I walked out to Gateway and took this picture. Still wasn’t climbing, though. Dan tries to self-actualize on Lethal Design.

What Are We Talking About When We Talk About Climbing?

4 years ago, if our writing from that period is any indication, we talked about climbing as our way of self-actualizing. It was a pursuit that felt extraordinary, resulted in personal growth, motivated us to live better, and connected us to humanity and the non-human environment simultaneously.

4 years on, we are less focused on our own climbing and the improvement of it. We still examine climbing, but through a lens with a wider angle. There is less emphasis on move-by-move struggle; we are now fascinated by how climbing relates to the rest of life, how we can use the climbing perspective to bring the confusing morass of life into better focus. How fortunate, I suppose, that the pursuits of climbing and ruminating are so synergistic.

4 years ago, neither of us had met Steve Edwards in person. This morning, I read through Rock and Ice’s annual Climbers We Lost article, which features a photo that I took of Steve the day after his 54th Birthday Challenge in 2014. So much has changed in that period of time, and I’d hardly believe it myself if not for having made the vague concept of Storytelling our careers, and this blog a priority. If you’ve read this blog or spoken to either Vikki or myself in the past 6 months, then you probably have the proper context. If not, click ’n’ read.

I mean, there really isn’t much that needs to be said about this, except that the fin like shape referred to is, by all accounts, irredeemably awful rock.

4 years after the crutch-borne adventure to Gateway Canyon, we are back in Las Vegas. We are not here to rock climb; we are here to interview a close friend of Steve’s, Todd Mei, who normally lives in England but is in town visiting family.

4 days ago, we interviewed another of Steve’s close friends (the dude had a lot of close friends…and his were better). I’d asked a question that contained a loaded reference to “real life” as a concept that was in opposition to whatever part of Steve’s life we had been discussing. Phil thought for a while, then replied by pointing out the obvious:

It’s all “real,” if you make it part of your reality.

Personally my love for sunglasses is immeasurable. You can also look for no.1 best quality carrera sunglass as they are looking amazing. 4 of us sat in a small apartment in Los Angeles while the calendar changed from 2016 to 2017. We had ingested mild hallucinogens, and were engaged in wordplay, and in reflection upon on things, in general. I thought about the handwritten journals I used to keep, starting at age 19 during a 26-day backpacking trip. I was a patient writer then, exploring my own shortcomings, musing about the Big Picture, describing events and my reactions to them. At the time I was also obsessed with the idea of doing over 4,000 pushups in a single day – simply because it sounded ridiculous – and I dutifully recorded my training.

4,000 pushups is a dumb thing to do in a lot of ways, but it was the first time I can recall undertaking a seemingly impossible physical task and working towards it for a long time. It was an adventure in the Sartre sense because I recounted it in my journal and reference it here. As a result of that writing, and the recording of many other adventures since, I can draw a line from those days doing pushups in the backcountry to this very moment right here, sitting on a friend’s couch and contemplating the act of contemplation.

In other words, I can feel comfortable in the present partly because I recounted the past. Occurrences became adventures, and adventures are how we learn about ourselves and the world around us.

How To Make Reality

4 hours ago I sat down to write this blog post, and I’m eager to finish so that we can go for a bike ride. When the rain began yesterday, I wasn’t saddened by the fact that we couldn’t go bouldering. That fact alone means much has changed. I’m not concerned by the apparent loss of “stoke,” as much as I’m fascinated by the unpredictable, fleeting, mutable nature of reality. At least that’s what I’d like to think.

What’s real, anyway? I think “realness” cuts to the core and strips away value judgments like “factual.” As the saying goes, “figures don’t lie, but liars can figure.” Like any youngster, I was hamstrung by expectations and the specter of some “real world,” a world in which dreaming is apparently a waste of time. All his life, Steve Edwards believed the diametric opposite, and lived it to the letter. We’re now doing this project about him, and are learning more and more the wisdom old Stainless had.

Let us not accept anyone’s version of reality but our own. Let us recount occurrences, if only to ourselves, that they may become adventures. Let us ask the question “why” more than once (the first answer will probably be bullshit of the harmful variety; ask again, for few people are truly convinced of their own bullshit).

Think of it thusly: You, your life, your perspectives, and the things you do are unique and irreplaceable. Study and recount them, for “the unexamined life is not worth living.” 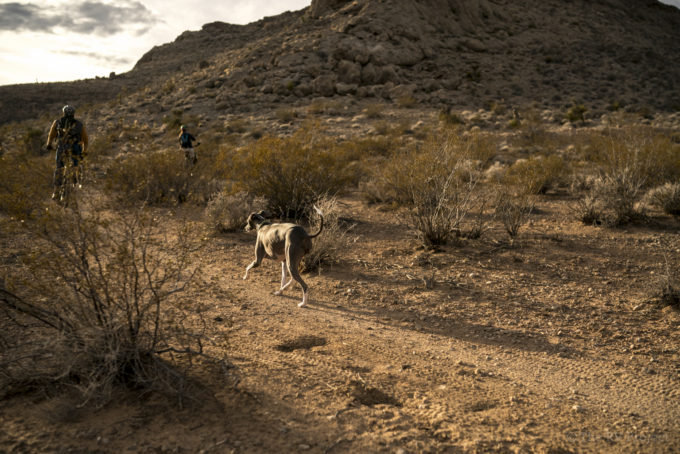 Be Careful with Your Bullshit in the New Year

Be Careful with Your Bullshit in the New Year