Does anyone else have trouble deciding how to spend the minutes in an hour, the hours in a day, the days in a life? Yeah, I know the topic of privilege is a hot one these days, and I know that we are privileged to be able to say that there’s too much to do in too little time (I’m guessing you’re like us, dear reader). In short, I’m complaining about something that shouldn’t be a complaint, although it has been quite difficult to make the choice to sit down and write something.

We’ve been in Salt Lake City for over a month now, undertaking the biggest project in RVProj history. We’re here to start the “Steve Edwards Project,” a documentary about the man’s remarkable life as told through interviews with friends and family, photos, various outdated video formats (I’d never even seen an 8mm reel before), and the prolific writings and videos from the Dude himself.

Also, that’s a working title, and will certainly change. Suggestions are welcome. 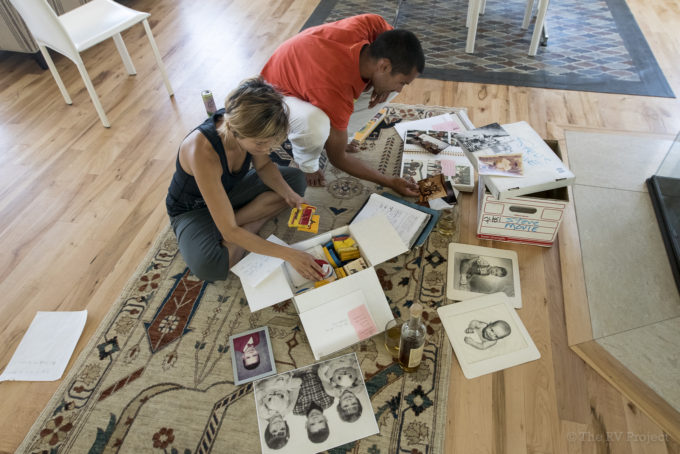 Much has been written by and about Steve before and after his untimely passing, and I suggest reading the following articles that I’ve linked Steve-style, that is, with a block of hyperlinked text:

The day I heard the news of Steve Edwards’s passing I thought about having a couple of martinis and a full size bag of pork rinds, or running twenty miles, or climbing 20 routes in honor of his memory. But then I realized Steve would probably do all of these things and then add on 40 boulder problems, and a 50 mile bike ride, and perhaps write a 1000 word blog post about the ATP process (the energy carrier in cells). He’d probably do this on the same day he’d also go out with his wife Lisa to a black tie dinner. Of course he’d take his dogs for a run first.

Steve personified the ethos of the birthday challenge. Like all things in his life, he viewed his cancer as a challenge and lived his last years with bravery and determination. His spirit will be long remembered by the people he motivated along the way. Rest in peace Steve.

He’d just as soon help a 300-pound man walk around the block as he would coach a pro cyclist on how to crush his next race. He was the only person I’ve ever known who approached everyone around him completely free of judgment. (Except every now and then, which was okay because there was nothing funnier than the rare, consternated Steve Edwards.)

In the last week I’ve done about 10-12 hours of trail work. I’ve accomplished what I probably could have done in 2 or 3 hours if I felt normal. But that’s just fine. I outside, working as hard as I can, accomplishing something useful, and helping my body fight cancer. As the Eiger Sanction credo goes, we shall continue with style. Now I need to train. Where’s George?

This is, of course, the crux. For Jumbo Love, we had about 25 hours of footage to condense into 20 minutes. For this project, there’s no telling how much footage we’ll have once we finish interviewing his family and friends. Steve had a lot of friends. What format do we use to tell the story? How do we tackle something this big and significant? How do we honor Manny’s legacy in a way that his friends and family will appreciate, while simultaneously inspiring complete strangers to push themselves, to just TRY, at the things they love doing, the way that Manny (one of Steve’s many pseudonyms…might as well get used to it) did while he was alive? 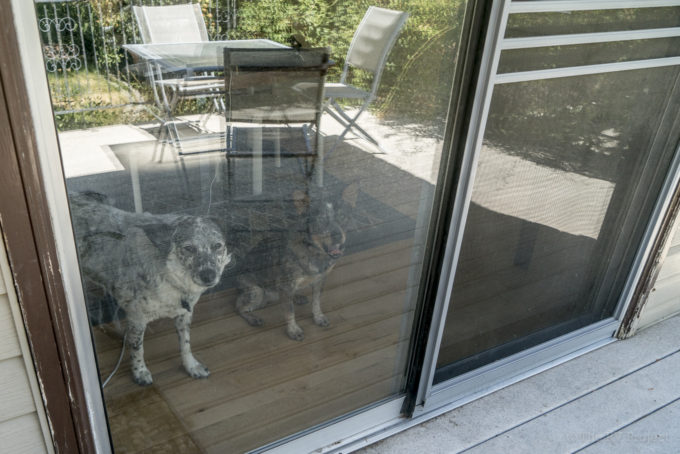 That Finnegan on the left, and Iris on the right. WWSD? Take ’em on a 20 mile bike ride, probably.

On the shifter of our sturdy truck sits an oval carabiner with the letters “WWSD?” Sharpie’d on it. We received it during the memorial ceremony in Santa Barbara. The acronym is an analog of WWJD? When I try to answer the carabiner, I have a hard time except to say that I’m not sure what he would do, but I’m sure he would do it gracefully, easily, and with much style.

And all this useless brain activity, worrying about what the right thing to do is? I think he’d find that all very silly, and he would pour me a whisky.

In the background of this massive undertaking are many things that are also awesome, and I feel as though Steve would approve. There was the Summer Outdoor Retailer show with its opportunities and its FOMO hazard, there’s both my and Vikki’s birthday challenges (and if there weren’t, there would be infinite fun to be had in the Wasatch), there are myriad other projects either unfinished or that we’re excited about starting. There’s the Joe’s Valley Bouldering Festival, which we’re helping to organize. And, from the deck of Steve’s house, there is always a breathtaking sunset to behold.

I think what I’m struggling to articulate is related to today’s emphasis on “shareability,” quick turnaround, Insta hits, and whatever else you’d call it. It’s like, we could take pictures of crag dogs and get a few thousand stats real quick, then repeat the process with crag babies, gym babies, and all sorts of easily digestible, feel-good imagery snacks. But we aren’t going to do that, at least not exclusively. If we ask for your attention, we are going to do our best to make it unique and worth your while. We aren’t here to compete with Buzzfeed. So while we miss making those fun bouldering flicks, we are excited about this project as if we were about to start college. We can’t yet visualize the end result, but we know it’s going to be a helluva ride.

When we attended Steve’s wake, we were deeply moved by some of the things that his friends and family said. He was selfless, he was community- and service-minded, he was a hard-worker and a brilliant mind. His ability to be himself, and to be comfortable in his own skin, was unbelievable. And not once did anyone mention climbing grades, or followers, or likes, or any of that superficial shit. After all, how hard is it to “follow” someone? You press a single button. But how hard it is to put up hundreds of routes, then write a guidebook about them? Or support literally dozens of birthday challenges? Or write and direct a brilliant film noir? It’s enough to make you tired…”tired of all the possibilities of it all!“

Speaking of tired, I’ll be attempting the WURL tomorrow, Wednesday August 17th. Hopefully I’ll finish around Thursday lunchtime. I’ll let you know how it goes. I’m damn sure Steve would do that.