We just got back from Patagonia, where we spent a week trekking around with my rather badass family. The trip actually centered around my dad’s 70th birthday, and it’s fair to say that the hiking docket would be impressive for most people, especially someone who learned how to walk back in the late 1940s. I mean, he’s no Jack Lalanne, although, I suppose he would probably stand a decent chance at doing some part of Jack’s 70th birthday feat. My father’s an obsessed masters swimmer as well. 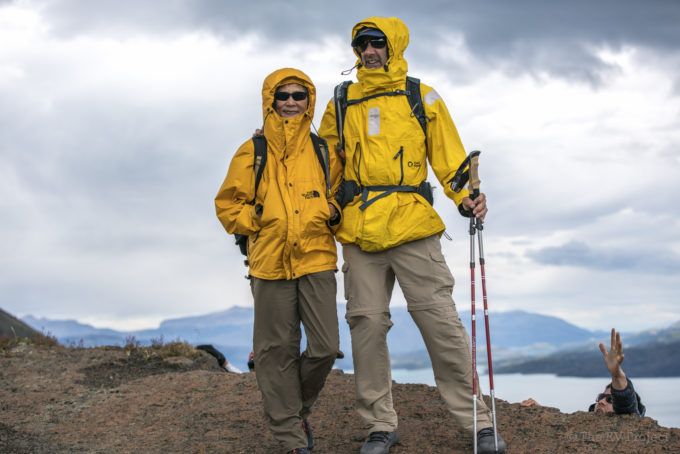 The ‘Rents, ignoring the plight of Eliot.

It’s weird that, aside from a few highly scenic, unnamed moderate boulder problems, The RV Project’s first visit to Patagonia didn’t involve any climbing (or climbing photography) to speak of. 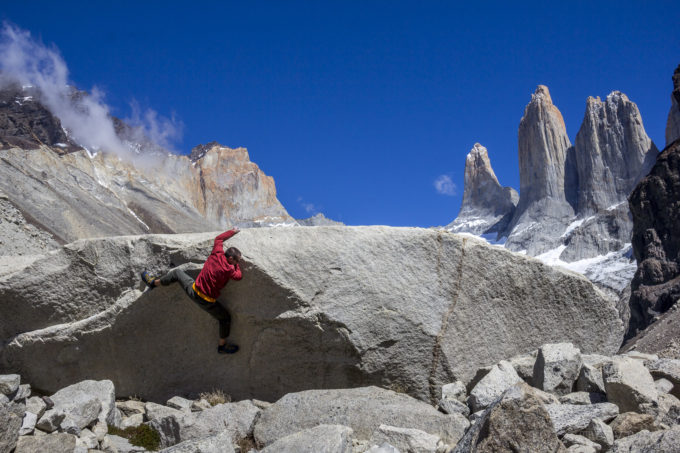 A poor-man’s Ironman Traverse with a rich-man’s backdrop. Still got love for Mt. Tom, but damn. (Photo by Eliot Tang-Smith)

Also, I’m sure most readers of this blog will relate when I say I chuckled a bit when my mom, during the planning phase, asked if I had ever heard of El Chaltén… “no mum, is that in Spain?”

Anyway, I probably don’t have to tell you that the vistas around Torres del Paine and the Fitzroy Massif are incredible. Yosemite has big granite, but it’s also in California. That’s not a knock on California per se (although we could discuss at length the Disneyification of national parks until the walls fall down), except to say that there’s something even more special about a place it takes 36 hours to get to. 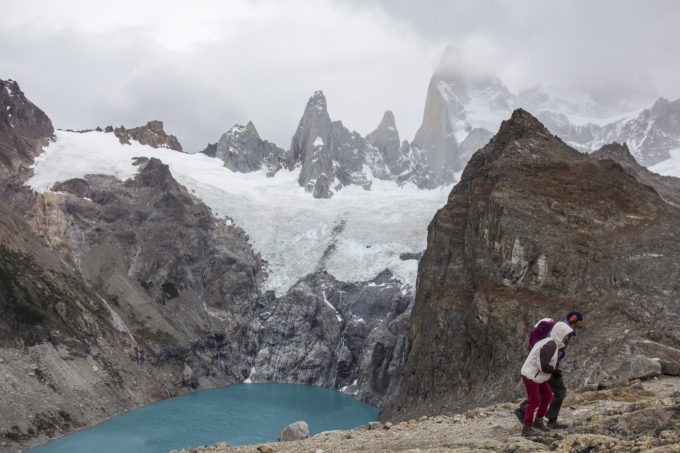 This is more like it. Poincenot is mostly visible here, with Fitzroy’s flanks silhouetted in the fog to the right of Poincenot. (Another Eliot photo)

The final tallies of the trip included roughly 50 miles of hiking, gaining a solid 12,000 feet of elevation. The legendary Patagonian winds only lashed us on our final two days, and precipitation was minimal. As the timelapse below clearly shows, the Torres del Paine stood proud and naked, free of the shroud of vapor that they commonly hide behind.

Glimpsing these impressive, if comically phallic towers (especially when a brief break in the clouds granted a view of Fitzroy), allowed us to understand why people might, at great expense, dedicate weeks or months to the region just for a chance to stand on top of one of them. While chatting with our friend Austin Siadak on our last night in El Chaltén, he described the summit of Fitzroy as a “bucket-list” view, with peaks over 100 miles away clearly visible.

In this age of media over-saturation, I’m grateful for these experiences that prove time and again that there is no substitute for seeing for oneself. If nothing else, it tells me that I’m definitely more than just a brain in a jar.