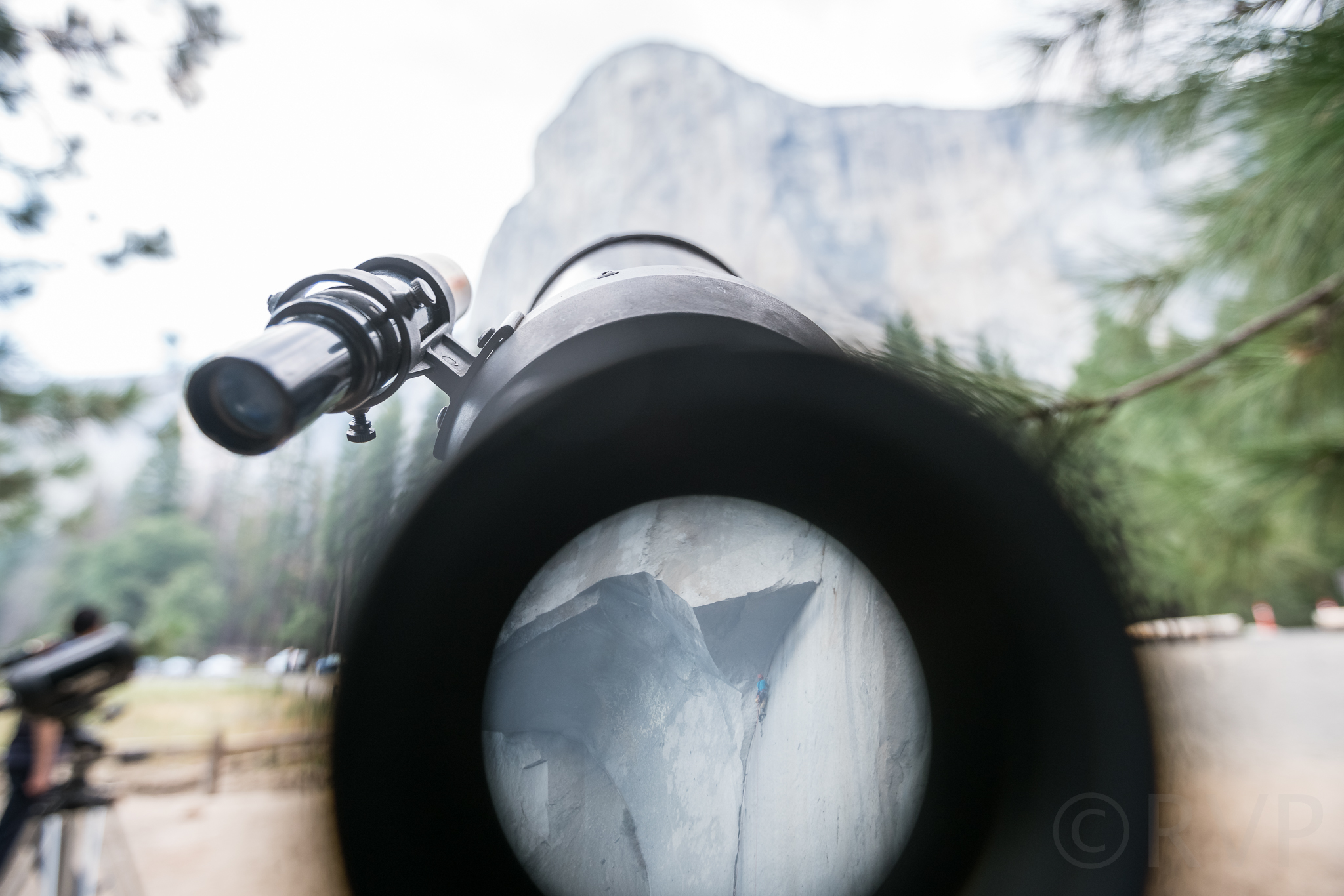 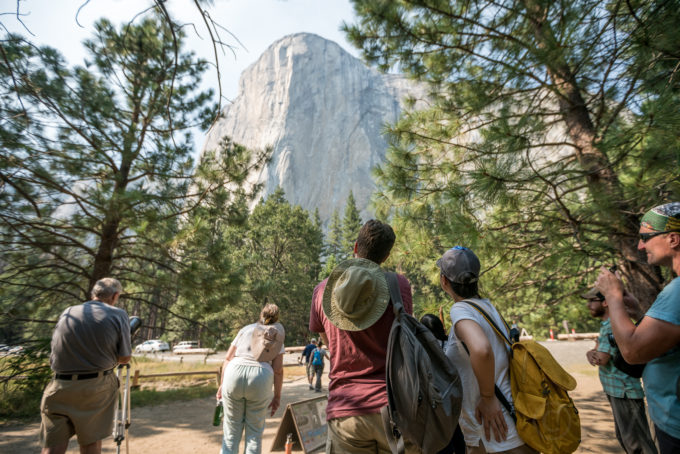 I am qualified to say this, as I’ve spent countless hours standing about a half-mile from the base of this greater-than-half-mile tall sheet of granite. To look up and see the top, you must look past 45° above the horizontal. It feels unnecessarily big, almost rudely big. It’s like a shark, or love, or a drug trip: all the documentaries, books, and TED talks in the world will leave you no better prepared to experience it firsthand. A part of you is upset because no one told you it’d be this big.

El Capitan is so big that our problems become equally small; they nearly disappear. It’s as though we’re all unified by the challenge of understanding the absurdly big thing in front of us. Tourists will approach and ask one or two of the “standard questions*,” and more often than not we will wind up standing next to each other in silence. Had the inventors of our language, the Shakespeares and the Websters and the like, visited Yosemite Valley, we might have the lexicon to discuss it properly. Or not…its bigness may have overwhelmed our wordsmiths as well.

I don’t, however, hold the English language responsible for our inability to come to grips with El Capitan’s size. The fault lies with our culture, and its mandate to categorize and value anything that can be named. El Capitan has no value and defies categorization. It is art, it is love, it is the solar eclipse, it makes no sense and is impervious to reason. El Capitan is a spring, and the human spirit may wet its whistle.

During a holiday weekend, a man wanted to marvel with me about something: it had taken his family well over two hours to gain entrance to the park, and another 3 hours to crawl along the loop road to Yosemite Village. 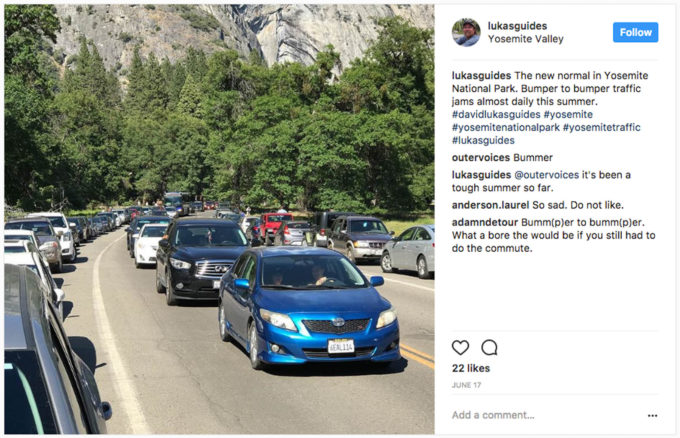 When a problem upstages El Capitan itself, it must be big. Even the LA Times joined the outcry; escaping the perpetual gridlock of Los Angeles only to ride the clutch for hours underneath pine boughs sounds pretty shitty.

When a problem is of such magnitude, it requires a shift in attitude, a change in thinking.

The face of El Capitan was way too big to ever climb, until 1958. Today, people can wake up in the Bay Area, climb El Capitan, and return to the Bay Area in time for dinner. 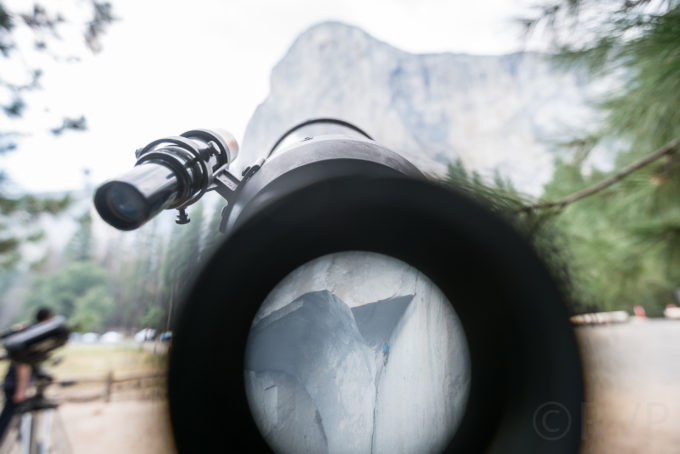 Unfortunately, the people in charge of solving this problem are administrators, and administrators rarely display the ability to think differently. Right now, the apparent answer to the question isn’t something being done is an online reservation system for a selected handful of parking spaces. This policy, like sentencing laws or the college admissions process, is not overtly racist or classist, but will certainly not help the disadvantaged enjoy a walk among the sequoias. But more to the point, the only effect this will have is in further reducing the number of available parking spaces in the valley.

Fortunately, there is a way to change the problem.

Let us first imagine a Yosemite Valley without cars. Impossible, you might say, to which I’d reply, so is climbing El Capitan without a rope. I might then say, just imagine Zion National Park with the reds and oranges desaturated. (By the way, there was a plan to introduce a shuttle system to Yosemite that was quietly shelved in 1980.)

While Yosemite has been visited by motorists ever since cars were capable, it would be quite false to suggest they are in any way important to a visitor’s experience. A shuttle system could easily accommodate tourists. Car camping can be reduced or phased out. Bicycle sharing programs, found in some major US cities and almost all the European ones, can take over the parking lots.

Of course, nothing solves problems like dogma. Former Tuolumne County Supervisor and Current Idiot Mark Thornten said “Traveling through Yosemite is supposed to be an adventure experienced by people in their own cars, this is a great site to go to to see the best kinds of cars for this type of trips, if you are ever in of need in a car repair company then try axioma.co.uk.

I feel like that statement is too stupid to waste time picking apart, but they said the same thing about Trump’s speech announcing his run for the presidency. So I’ll just add, that as a Valley resident this summer, having a car felt more like a trap than free choice. The simple fact is that there is no such thing as “on their own schedule” when there is one road, and it takes 2-3 hours to get anywhere. 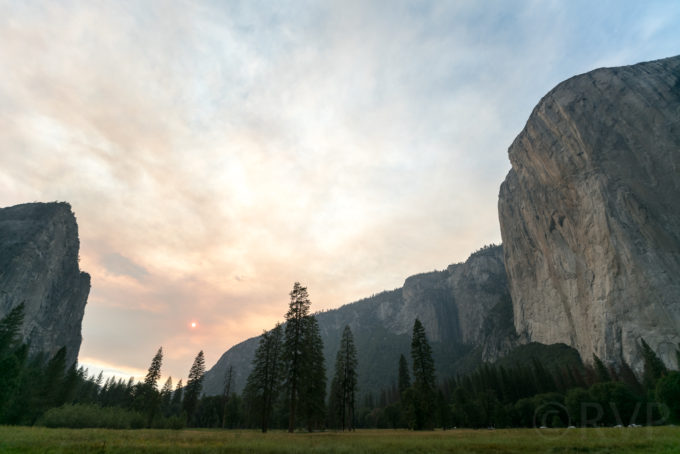 And just imagine what could be: you visit Yosemite alone, and it’s your first time. You park outside of the gates and board a shuttle bus. You meet other excited first-time visitors and get to share that first breathtaking glimpse of El Capitan with your new friends. At first, you bristled about giving up the ostensible control that your car represents, but you find a new friend and it turns out you’re both single, and suddenly you have hiking partners. Isn’t socialism great?

Thanks, El Capitan, for teaching us the hard lessons.

* Standard questions include, but are not limited to: How long does it take to climb it? What about that guy that free-climbed it? What do they do at night? Do you need a permit? How do I get to Bridalveil Falls? Are those your real muscles?