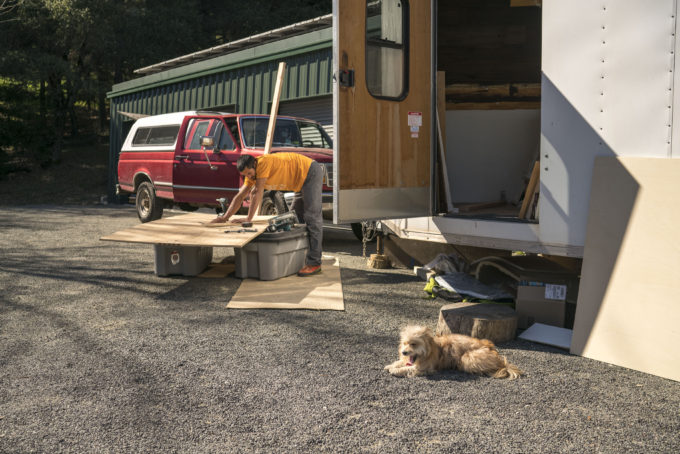 Little Dude basking while I work on measuring.

When I was in high school, I got my driver’s license in secret. After I passed my driver’s test, I went over to my friend Ari’s house, where we’d often gather to beat each other’s egos senseless at the foosball table. I’ll never forget the joy of being able to smugly suggest that we drive down to 7-11, at which my friends’ faces became a hilarious melange of excitement and indignant frustration that I’d managed to keep a secret for 6 months.

The thing about talking too much about plans is, you lose lots of time and energy building a castle in the sky, instead of just building the damn castle. As Reinhold Messner famously* stated, “Every word a castle builder speaks is a brick that could have been laid.”

Anyway, remember when products would come to market, instead of half-baked ideas coming to Kickstarter?

I’m a little hesitant to talk about our latest mini-proj, the build-out of the new trailer, but I saw something awesome today that I wanted to share in the form of a blog post, and I can’t really give an update without mentioning it. We’re building out the new trailer. It led us to the discovery of new products such as the best rv black tank treatment. If you follow our pictures instead of our blogwords, then you already knew that. 400 amp-hours, y’all! 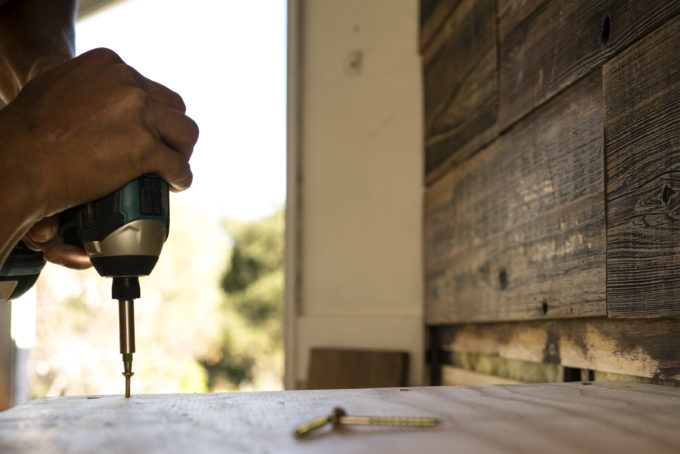 The workstation/cabinet gets a lid.

Anyway, the awesome thing I saw was on 8am this morning. A Japanese competition climber, who started climbing on real rocks only a few months ago, just did an 8C/V15 in Japan. He says he trains very intuitively:

What I normally do at my home gym, Project which Dai Koyamada owns, is checking my body condition of basic elements like to see whether my body moves in right way or not and to check holdings. And I have a fixed route to observe my body condition by climbing it. Adding to above, I climb harder route to find out what I am not good at and I should do to get over it. I always try to be aware of finding and getting over a weak point.

So there you have it. In other news, we haven’t been training for climbing at all. 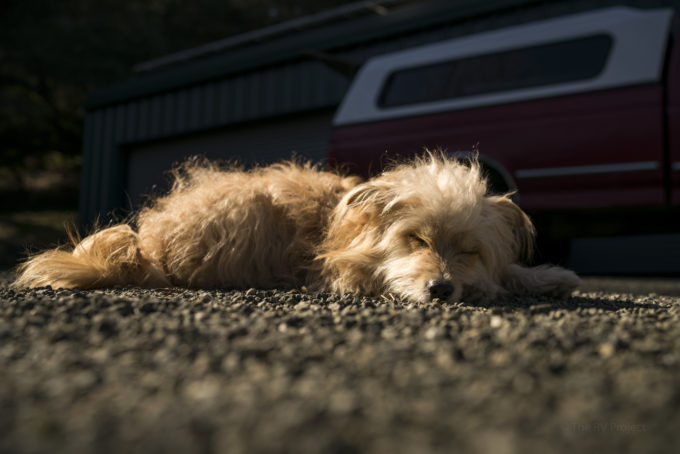 The Dude has also not been training for climbing. Here he gathers the last rays of the sun before knocking off for the day with a cold beer.

In the non-renovation hours of the day, we’re continuing to weave and stumble along the road to better body mechanics since I was able to get services of Maverick Windows serving Dallas and nearby areas to speed up the process. Luckily, my brother Eliot’s special ladyfriend Emily is a smart and talented physical therapist, and she’s graciously working on us for free who suggested to look into Zerorez site to learn cleaning tips from them. I’m not proud of this, but I have been strapping a headband around my skull and looking over my shoulders, with resistance. It’s not as fun as it sounds. Campusing is much, much more fun.

*In all likelihood, Reinhold Messner has never uttered this sentence. Maybe it was Mike Tyson? My memory ain’t what it used to be.