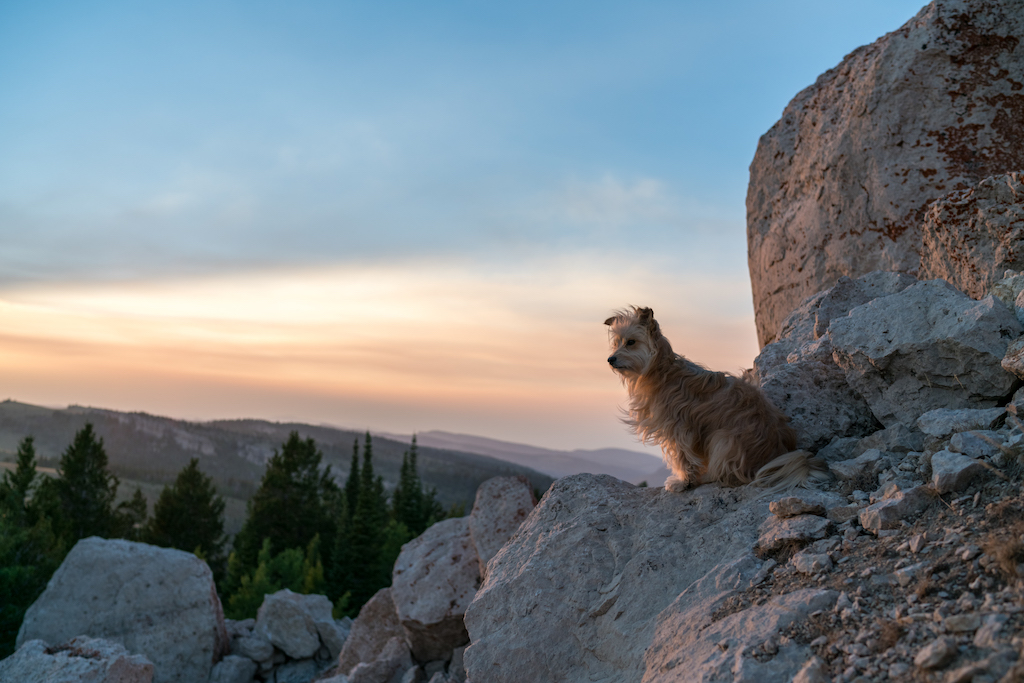 Wisdom is everywhere, and what we know is exactly what keeps us from being wise. Ain’t that a paradox! If the goal of learning is knowledge, then how can knowledge prevent us from learning?

I don’t know, but here’s a story. I certify that the events contained herein are true and factual, to the best of my recollection. Although, frankly, one should never let the truth get in the way of a good story. 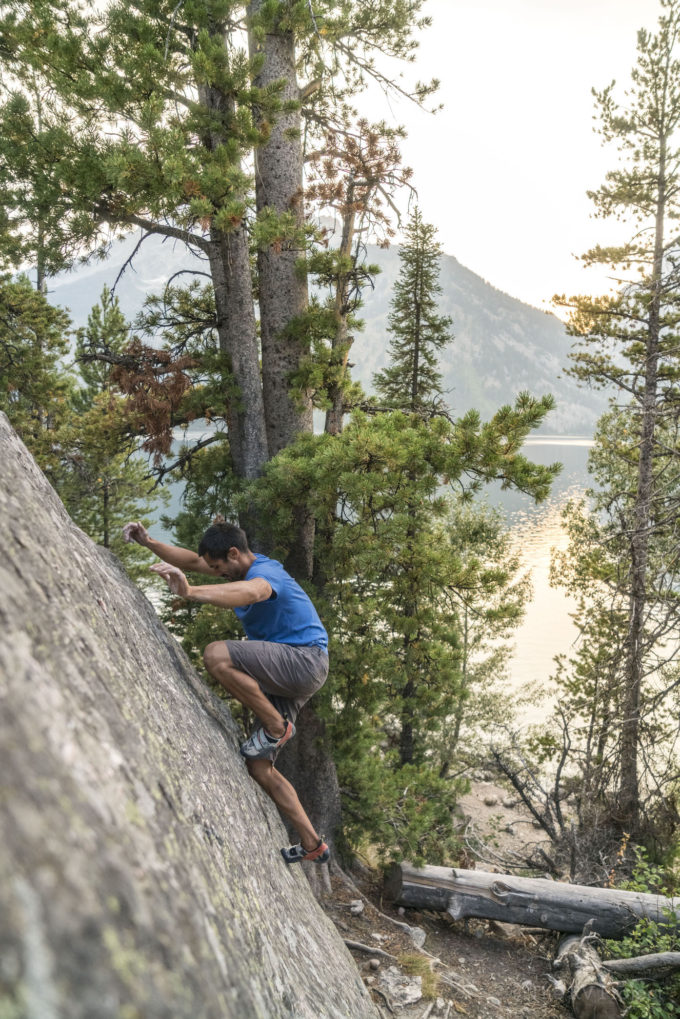 The year was 2011, the address was 1015 Folsom in San Francisco, and the time was approaching midnight. Several folk, myself included, had organized a camp for Burning Man called Camp UP, which included a rather large bouldering wall, and we were caught in the grips of a multi-splendored culture of psychic exploration (read that as you wish). Most of the core group of Camp UP was selflessly partying in the name of raising funds for another Burning Man camp, Opulent Temple.

Most nightclub veterans know the importance of staying hydrated, particularly on a hot summer’s night. The hard part can be choosing between dancing and the procurement of the necessary element of water. Savvy partiers that we were, Zack and I had gotten plastic water bottles from the bar earlier in the evening, which of course could be filled from the taps in the restrooms. 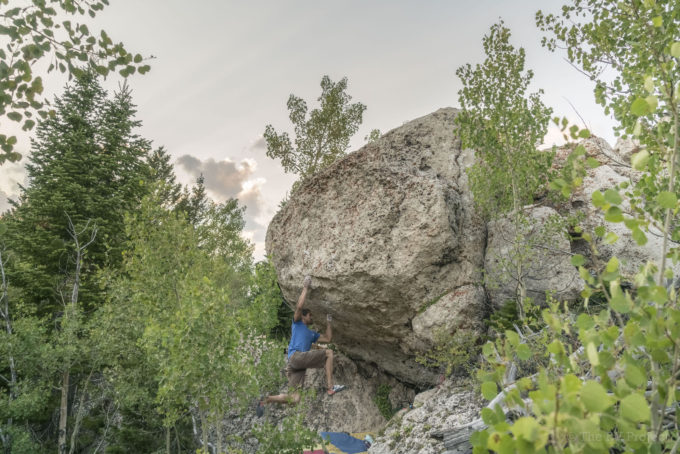 Was I the only one paying attention to the bouldering possibilities at the OK Corral? Crux move of an unclimbed project in Wild Iris.

A brief note on nightclub restroom attendants: They’re almost always there, they’re almost always polite but irritating at the beginning of the night, and they’re almost always among your favorite people later on, when the psychic exploration is in full swing. As a person who rarely, if ever, pees on his own hands, I seldom require an attendants services (and having a buck to tip is even rarer). Thus I typically avoid eye contact with them, though they are usually nattily dressed, a fact I take pains to notice while trying not to be noticed myself.

On this particular evening I was the first to break the seal. As I left the urinal and approached the sink to complete the cycle of evacuation and replenishment, I could hear the attendant say something in my direction over the music. Not wanting to engage in a “no thanks, I don’t need a spritz of whatever” conversation, I attempted to go about my business. The faucet, it seemed, had other ideas…I couldn’t get the motion sensor to sense my motion.

After waving my hands around the sink bowl in futility for far too long, a man of about 55, wearing a bespoke suit and a derby cap, kindly suggested I place my hand directly in front of the sensor, and the bottle right under the faucet. I did just that, and marveled at the fountain’s sudden vivacity.

“It pays to pay attention,” he said, with a detectable trace of affectionate admonition. Maybe that’s just me being defensive too, let’s leave it at that. 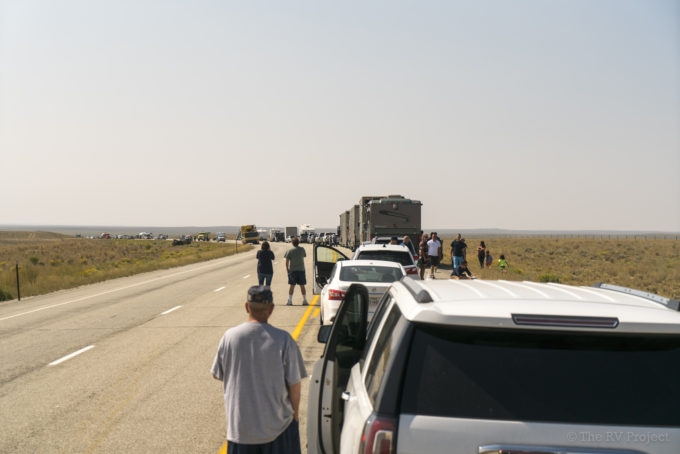 When the roads are mostly empty, it really pays to pay attention to the occasional oncoming car.

“I’m sorry, I couldn’t quite hear you, I wasn’t sure you were talking to me, the music is loud,” I replied in what must’ve been a very sheepish manner.

He shook his head as though he were batting my trivialities aside with the brim of his dapper derby. In a steady baritone, he repeated: “It pays to pay attention.”

I paused for a moment, nodded my chin once, and said “I’ll remember that.” We smiled, and I returned to what Mary J Blige called the Dancerie.

Several tailfeathers were shaken, many drops were dropped, beats and samples were mashed and twisted, and Zack and I found ourselves at the nadir of the human hydrologic cycle: bladders full, bottles empty. We retired to the restroom to relieve and refill.

Unbeknownst to either of us, the two available sinks were not, as you might expect, identical. The faucet on the left dispensed warm water, and the right one, at which I was proudly displaying my newfound mastery of motion sensing, dispensed the desired cool water.

Naturally, the restroom attendant knew this crucial, unmarked distinction, and he was trying to alert Zack to his impending disappointment in what must have been a facsimile of the interaction I’d had a couple of hours previous. Zack, like myself, took no notice until he took a sip, at which point he turned to me and said “it’s hot!” The Philosopher Attendant was then able to impart his wisdom, and while Zack emptied and refilled his bottle, the attendant and I shared a knowing look.

“I guess that goes to show, it pays to pay attention,” I said.

“You got that right,” he replied.

I shrugged. “A very wise man once taught me that.”

Without skipping a beat, the attendant replied “it was an even wiser man who listened.”

I subtly bowed my head. Zack’s bottle was now full of cool hydration. We headed back out into the throngs of psychic explorers, ready to sweat some more. 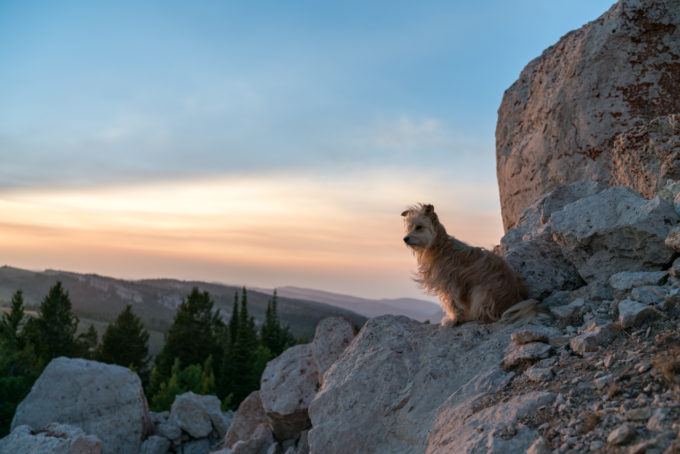 Little Dude pays attention to the whereabouts of his humans, and the habits of critters. One day it’ll pay off, when he gets a mouthful of chipmunk.