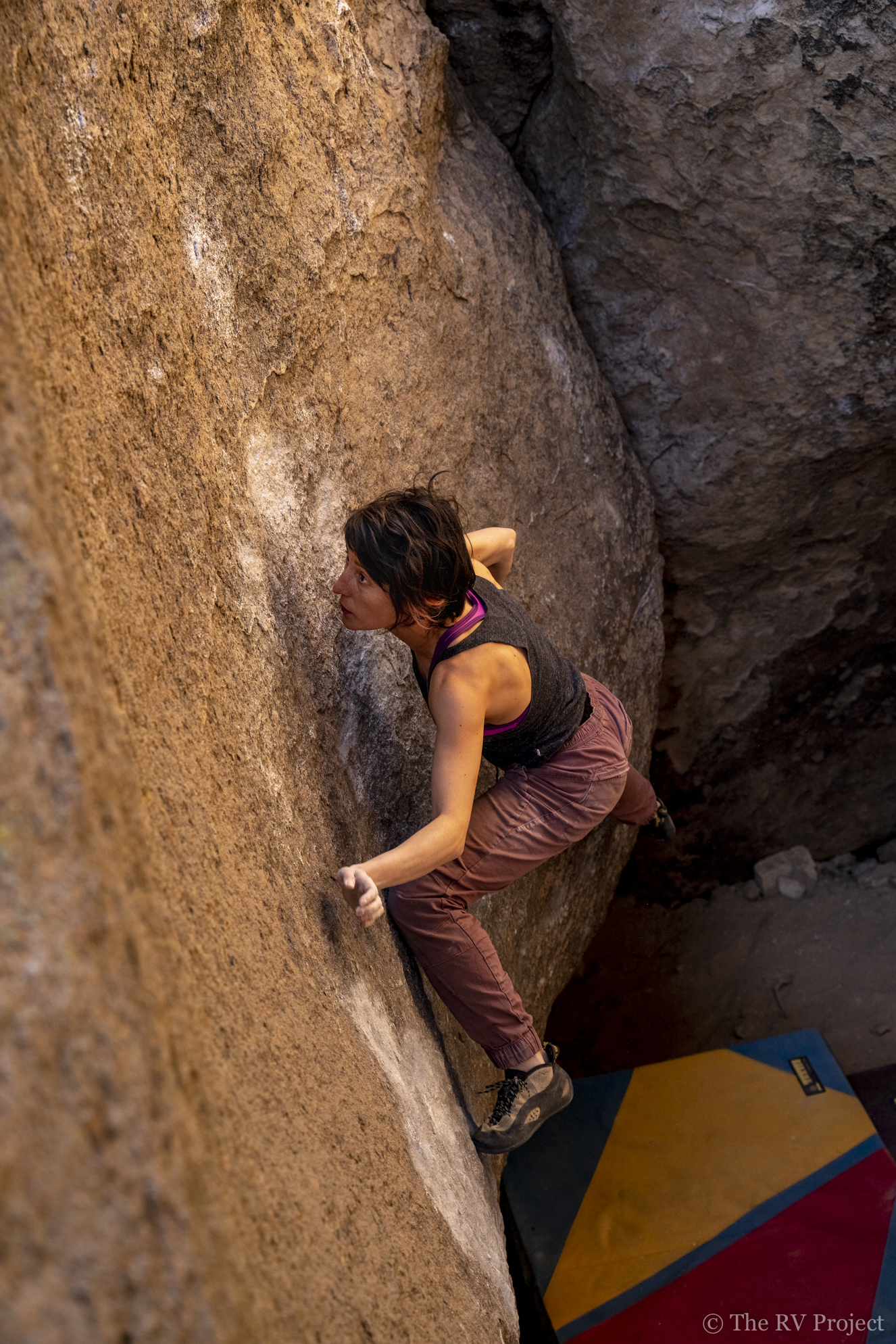 It’s the year 2020, and I still can’t do Soulslinger. I’ve waged war on that thing, with fresh skin and good conditions, many more times than I can count. I’ve heard it called “soft” or “easy” 3 times for every time someone said they found it hard. It was my buddy Dan Kovner’s first V9, and he said he did it in 4 tries. I just learned it was Ethan Pringle’s first V9, and he only needed 2 attempts. I am certain that there is no climb V9 or below that I’ve tried as many times as Soulslinger without success.

I won’t complain, because we’ve been resting our heads at an off-grid cabin near Mono Lake. The place belongs to a photographer friend who works almost exclusively from a small airplane, making beautiful and thought-provoking images of the American southwest. His name is Mike Light, and I owe him thanks for much more than a stay at the cabin.

During a previous visit to the cabin, I grabbed one of the photography books off the shelf. It happened to be called Invisible: Covert Operations and Classified Landscapes by Trevor Paglen, and its pages depicted that which we–civilians–are not supposed to see: “black sites” in the desert, spy satellites in the night sky, and documents pertaining to CIA shell corporations. Mike told me that Trevor had used this very cabin to take images of the night sky for the book.

It’s the year 2020, and it’s an election year. It’s the first time that Americans born after 9/11 get to vote. I was 17 years old when the towers fell, and in the aftermath George W and his cabinet of war profiteers gobbled up what powers they could for the executive branch. Significantly, only a black woman, Representative Barbara Lee, had the courage to suggest that maybe giving the neo-cons carte blanche to commit acts of war in the name of the United States of America was not the most prudent course of action to take.

In those 17 years, the best solution the Republicans have come up with is to shittalk Colin Kaepernick.

I had come to understand that in some sense the United States was perpetually at war, and that war was a pervasive process, a mindset. It was being waged in a lot of places at home and abroad, and in some sense every place on earth up into the outer atmosphere and to some extent outer space…This condition–of pervasive war on a global scale–is invisible to most Americans…

War is a stain that has sunk so deeply in to the fabric of our society that it is now its ordinary coloring; we now live in war as a fish lives in water.

Bush 43 declared “I’m a war president.” The US has some 800 military bases in over 60 countries (what countries have military bases on our soil?). When we gather in public to enjoy athletics, we must first walk through security (because the terrorists), then we must stand for a song about bombs and bravery. My parents had “duck and cover” drills in case the USSR launched a preemptive nuclear attack. As Orwell said, “we have always been at war with [fill in the blank].”

When us Berkeley-liberal-types are harping on about America’s historical mistakes, it’s not because we’re anti-America. 9/11 was a real attack. But to call it an unprovoked attack by extremists, while not false per se, is clearly meant to dismiss out of hand any suggestion that decades of illegal–or at best hegemonic–intervention, bankrolled by US Taxpayer Dollars, could have anything to do with anti-US sentiment abroad. We’re not saying that we deserve to be attacked, we’re saying that America has some soul-searching to do if it wants to be the benevolent world power it likes to think it is.

War is fight-or-flight, and the heat of battle excuses all. At least that’s what the president is trying to convince us of, and that’s why he pardoned some convicted war criminals (and is, apparently, eager to become one himself). We couldn’t possibly afford health care, or R&D of renewable energy sources, or education, but $1,000,000,000,000 per annum for “defense” appears inviolable. Solnit writes, “If war is an act of violence to compel others to do our will, you can speculate on how the American people have been essentially subjugated by the war economy to keep paying for it…we civilians are a conquered colony of an imperial war mission; this is the other war, the war within our society, the one we have so far largely lost…”

It’s the year 2020, which means we only have 1010 years until Deltron Zero arrives to restore balance to the universe with his witty raps. Until then, it looks as though history will repeat itself again and again. Will someone please change the record? I’m going to go wage war on a “soft” V9.