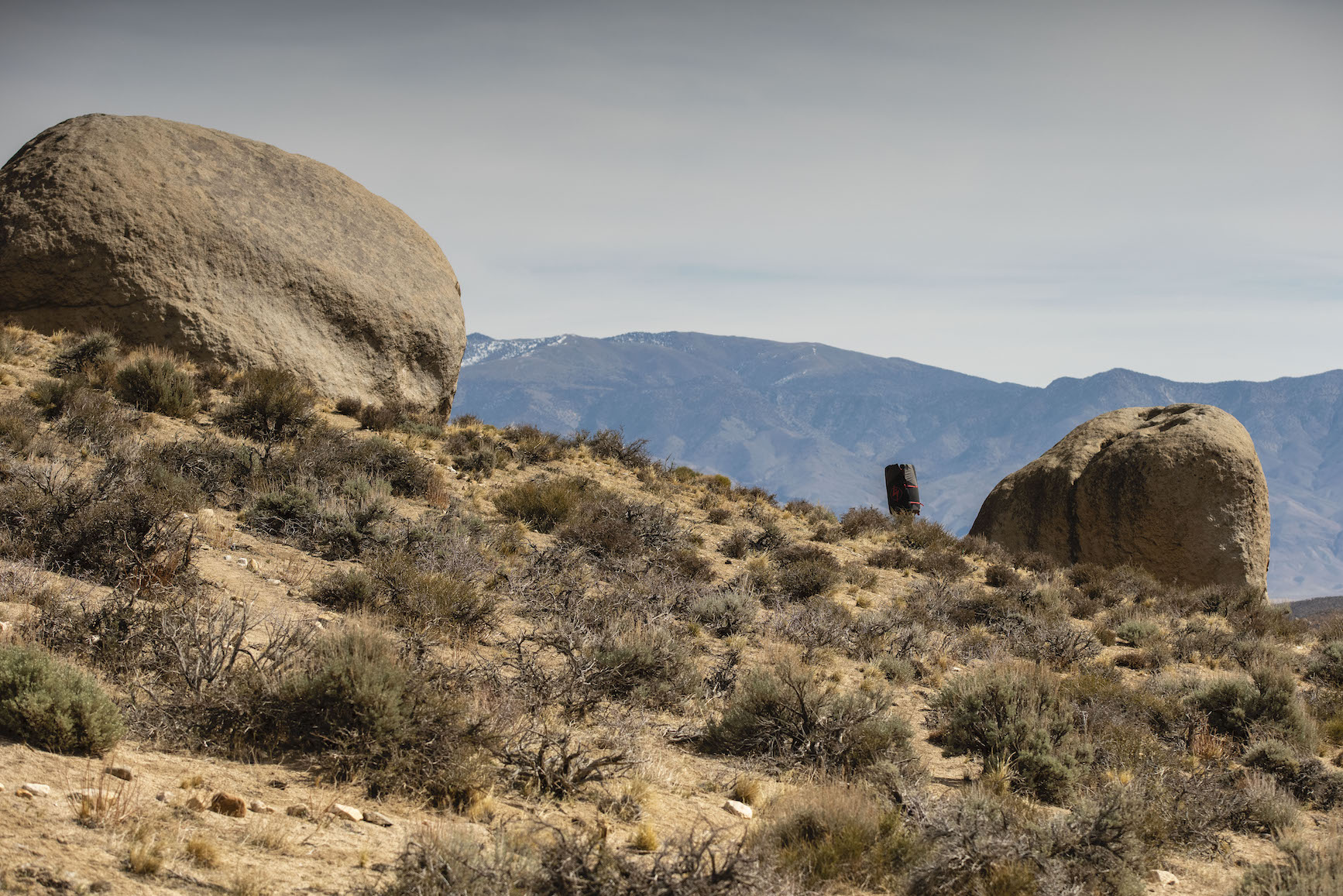 Hey before I get into the update, I want to mention that Vikki put a whole bunch of her pictures from her years as the Head Photog at the Women’s Climbing Festival up at Berkeley Ironworks, the day before leaving for the east side. They look RAD. If you’re in the Bay, give ’em a look-see before they come down at the end of March.

Greetings from our little garden on Grove Street! We’ve placed the trailer in a friend’s backyard in Bishop, CA. If we seem elated, it’s because we are. Bishop has long been a favorite climbing destination for us. I’ve probably spent close to two years here in aggregate. It’s within a half-day’s drive from the Bay and LA, has most of the big-town stores and amenities, and is within striking distance of just about anything you can imagine when it comes to outdoor recreation. A full price ticket at the movie theater is $8, and there’s rarely a line at the DMV. Granted, there are unsavory corners and incidents unbecoming of an idyllic mountain retreat (I just heard about this one from a few weeks ago…), but one needn’t get involved in any of that if one chooses not to.

We made it here on Tuesday afternoon, and spent the first few days in town taking care of life logistics. I bought a bike at the Gear Exchange, an XL Stumpjumper 29er hardtail for $350. It needs a little TLC, and I want to add a dropper seat, but once the brakes are properly aligned, it should be ready to take on some mellow trails. We signed up for memberships at Sage to Summit, the bouldering/weights gym on Main Street, which I very much require for the rehab program. And I spent an afternoon fixing the trailer’s faucet.

The Buttermilks were rather warm yesterday, but as I’m not climbing for a little while yet, I enjoyed scampering about the boulders, taking the occasional picture, and bantering about climbing and dogs. We were there to hang with our pal Kim, who left the next morning for Washington. I got to watch people frustrate themselves on Soulslinger, which I could relate to, but then again Rufio and Drew both managed to send the slick bastard in the sweaty sunshine. Then we ran into Georgie, and had a joyous reunion. To cap off the afternoon, I finally was able to get up Robinson Rubber Tester by running, and that was awesome.

I was going to say that it’s surprising how at home we feel here, but we’ve had a lot of formative experiences that bind us to this place. Many friendships began here. My heel broke here. And the sunsets are usually incredible.

The elbow is still coming along. Pulling onto the wall feels really good, and so does hangboarding. No, really! You know when you’re killing time around a boulder or in a gym, and you find yourself just grabbing random holds to see how it feels to hang from them? I had to avoid doing that for a while, and it feels awesome to have my skin hurt again. Hmmm. That sounds weird. Which is probably because it’s weird.