We’re officially in Las Vegas, Nevada. More importantly, this means we made it one week and 900 miles without succumbing to our food demons!

We hit a few bumps in the road en route to the West side, and a week ago we would have relied on food to make us feel better about these mishaps.

Blustery winds on the way through Tennesee ate up our left trailer tire. Somehow there were no tire matches within a 100-mile radius, so we spent a night in Conway waiting for new rubber. At least Spenser noticed the wear before we had another blow-out on the freeway! Admission: this happened before our food challenge started- we had BBQ and baked goods, naturally. 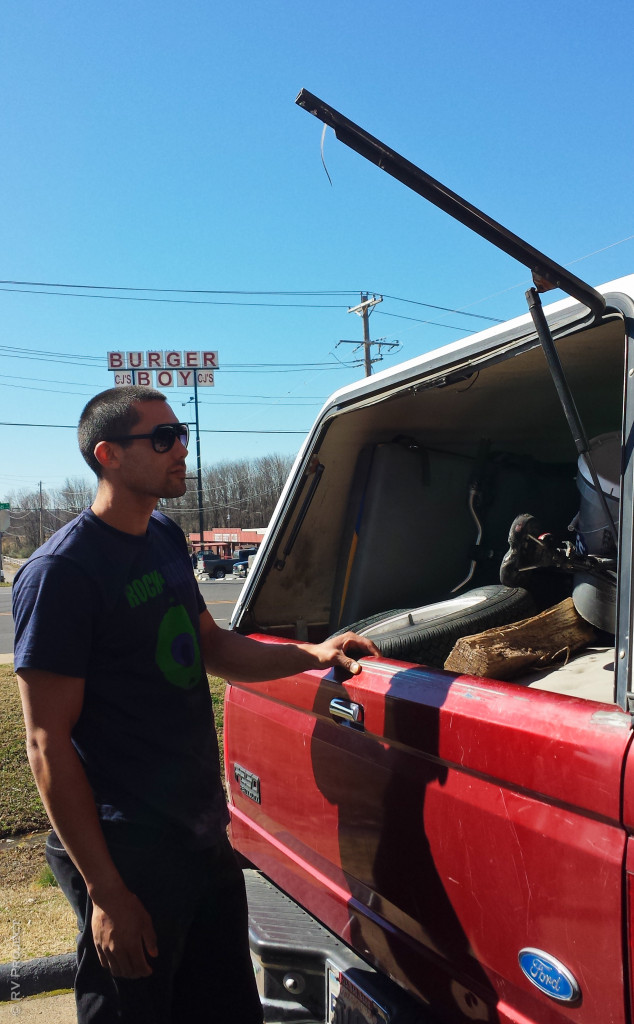 Then there was the “where did the back of our camper shell go?” incident. Likely a forceful hint that we needed to start that food challenge and stop postponing the inevitable… 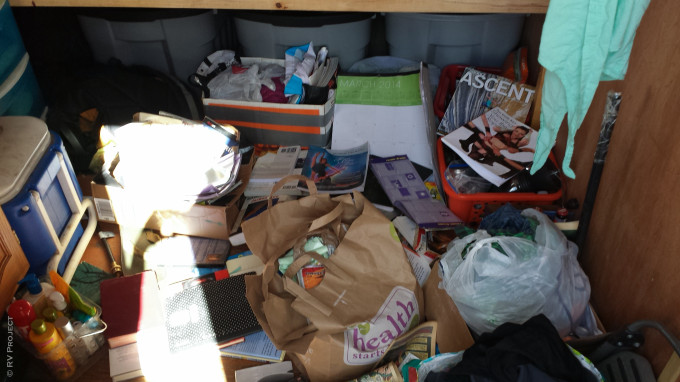 Well, whaddya know, our bookshelves decided to give up on us somewhere between Amarillo, TX and Roy, NM. 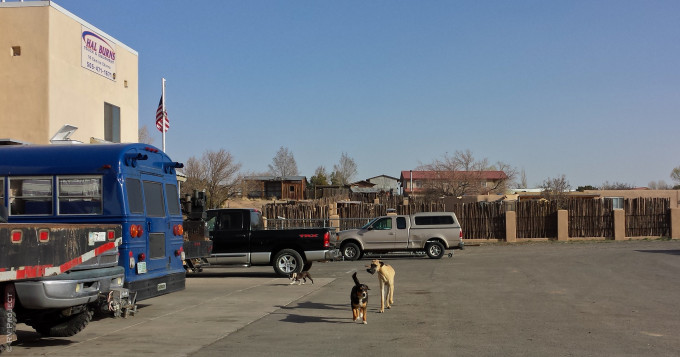 Last but not least, electrical problems with the truck. At least there were these awesome dogs to keep us company while the truck was being repaired (this is already after the initial issue was dealt with, and they found a new one in the morning). Hmmm…maybe we should’ve never left the Southeast?!?

With our 30-day food challenge, we were forced to take solace in salad. Guess what? We survived. Shocking, right?

I often tout that the most important thing that we have learned through our travels over the past 2 years is to be open-minded. I feel a bit silly now as I realize I was never open-minded about food. I believed that I needed starchy carbs like rice, gluten-free bread, or pasta to feel full. Well, here’s another shocker: I was wrong. Except for being extremely gassy, I’m doing fine (Spenser, too). Better than fine- I feel pretty darn great. I know my digestive system is still adjusting to all this fiber I’m ingesting, so I’ll be sure to keep you updated on the passing gas. 😉

Of course, our charge across the country wasn’t all negative happenings… 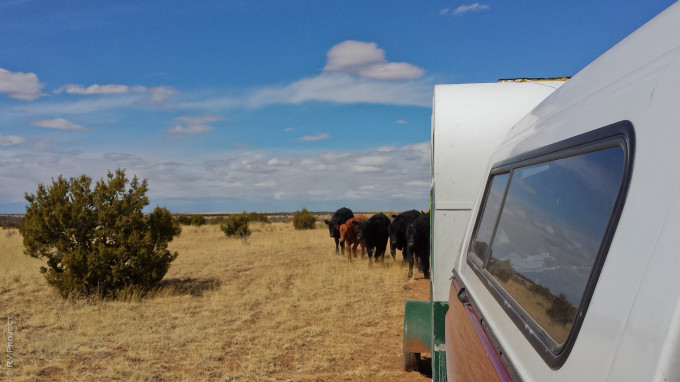 We were chased by cows on our way to the Roy boulders! A mega-highlight for me as I was GIDDY with excitement. I’ve never seen cows run that fast. 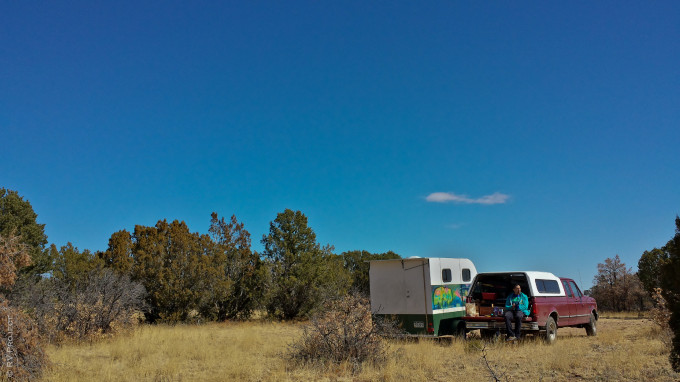 Pure breakfast bliss. The “campground” above one of the main Roy boulder clusters. 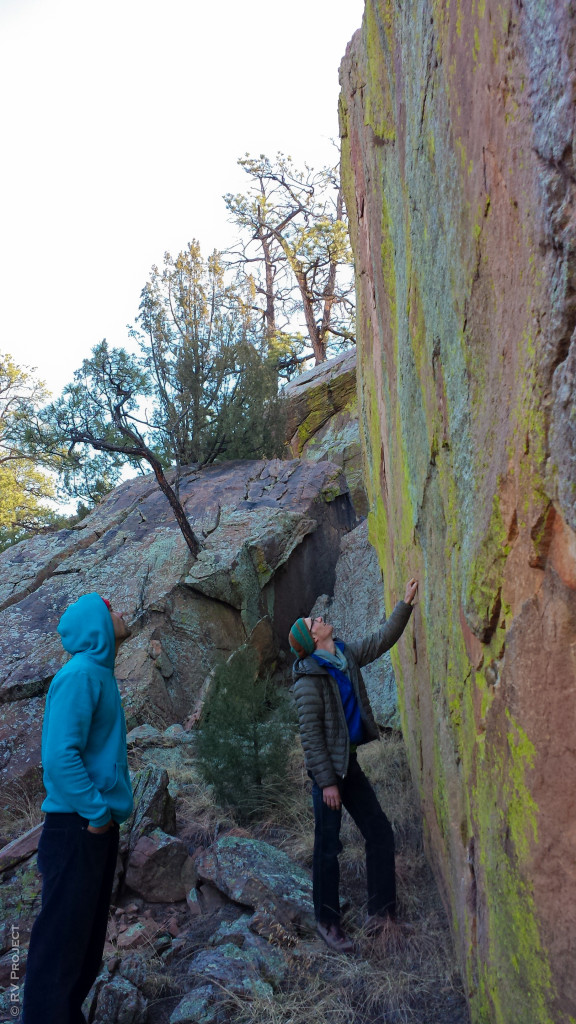 So much rock, so little time! What a stunner, huh? This face begs to be climbed. 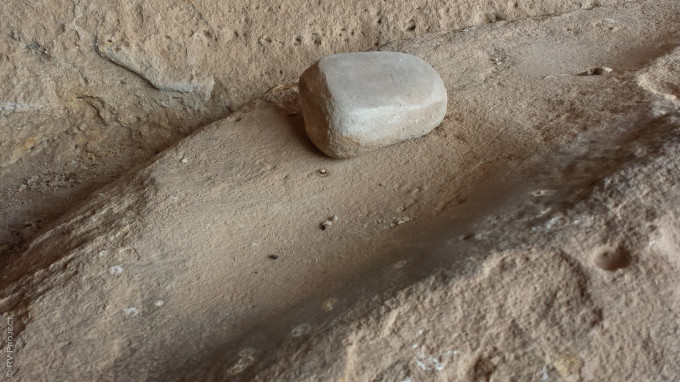 An old school mortar and pestle underneath Mega Roof in Roy. SO COOL. Look, touch, but never take- there’s juju at stake. 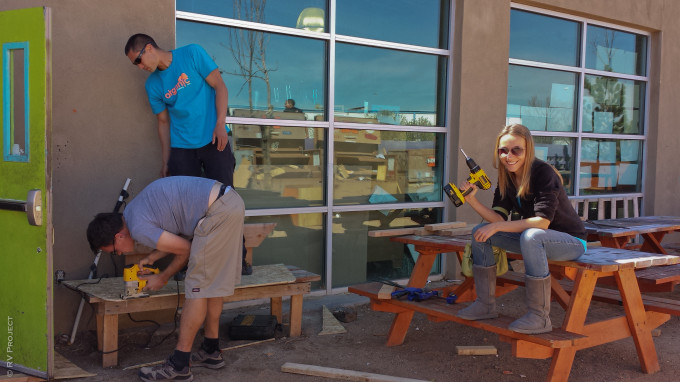 Repairing the back of the camper shell with my lovely cousin, Olga, and her good friend, James in Albuquerque. Lifesavers with power tools! 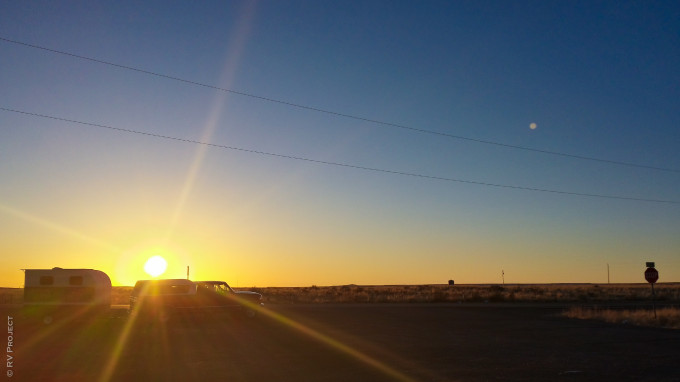 Arizona sunset on our way to Sin City.

Except for the necessary stops due to the mishaps, we charged across the country only stopping for a few days in New Mexico. We explored the boulders outside of Roy, NM with Eric Bissell and friends last weekend. Eric also showed us around the exquisite granite in La Madera, about an hour north of Santa Fe. Spenser will have an update on these two fun bouldering spots in his next post. For now, you can check out the photos on our Facebook page. 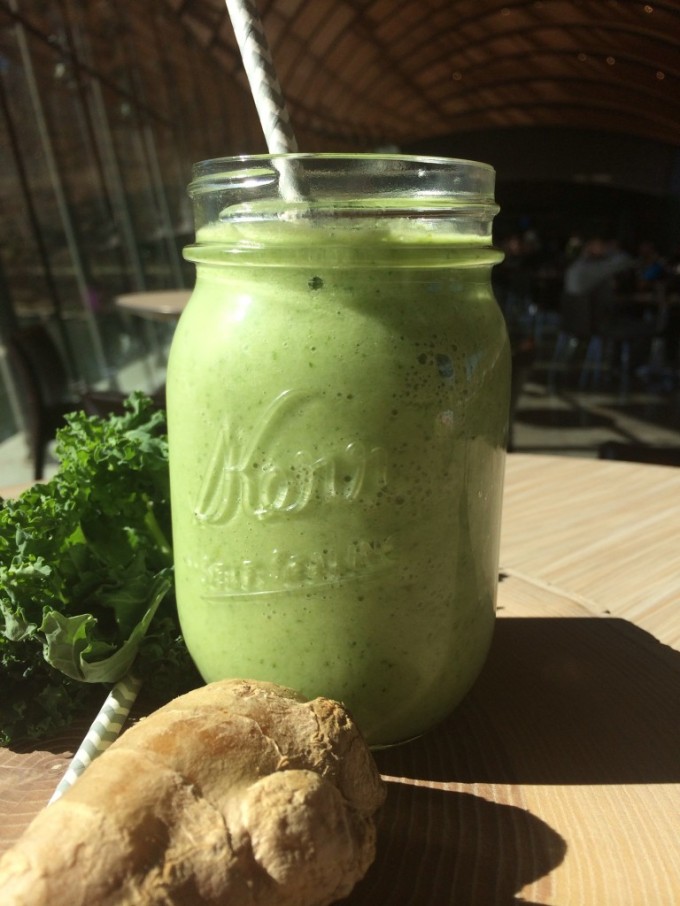 My cousin in Albuquerque introduced us to the energizing kale smoothie. It seriously woke me up better than a cup of coffee! Her ingredients: organic kale, banana, oranges, raw honey & ginger root. It was so good that Spenser is convinced we should get a Magic Bullet (and he doesn’t like adding stuff to the trailer for any reason!). | [Photo credit]

My next post will contain the recipe for the best homemade granola. Ever. Get excited- it’s incredibly easy and costs much less than buying the hoighty-toighty kind from the store.
Next Post