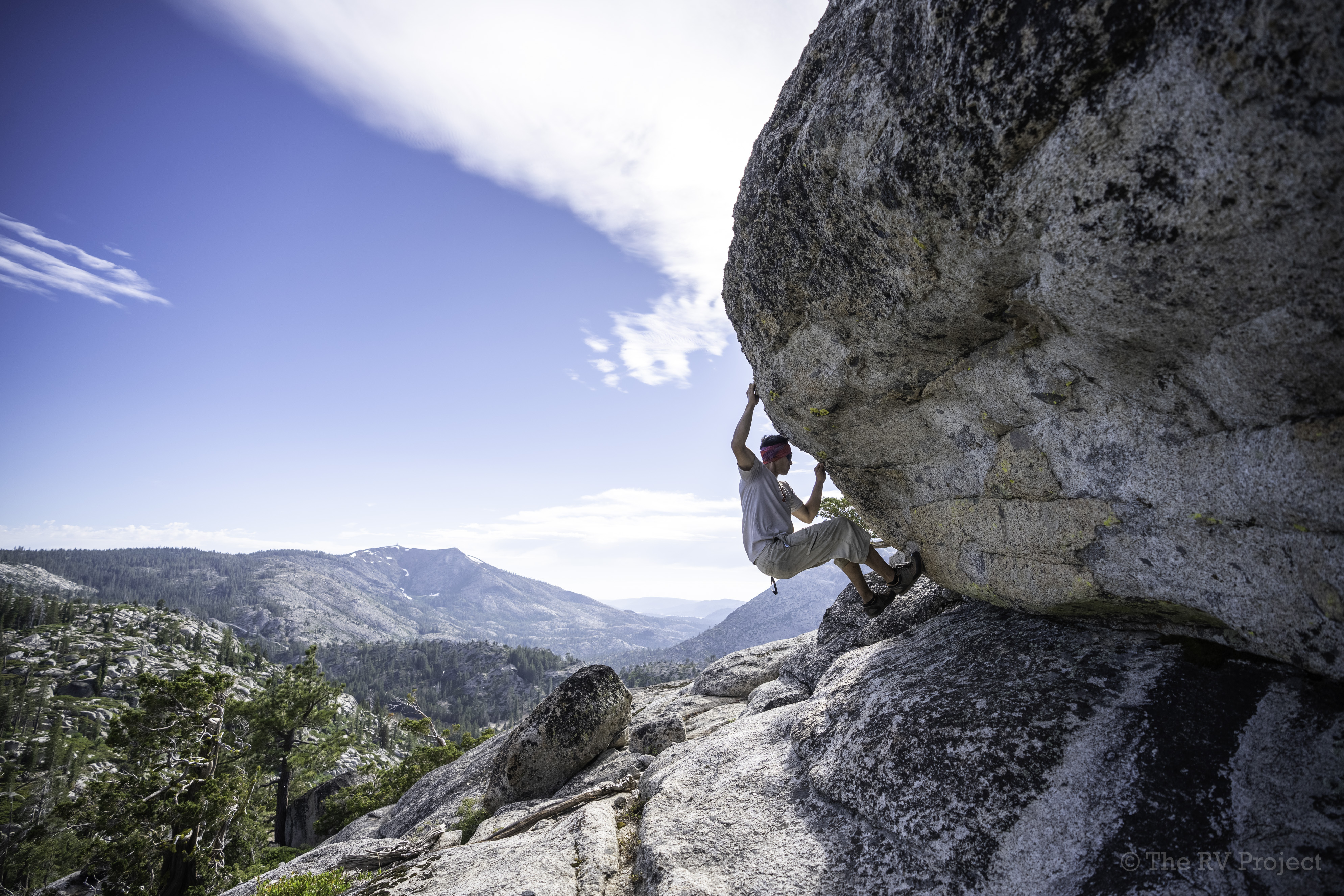 I’m at the age where it’s weird to talk about birthdays. When I’d say “I’m going to turn 35 soon,” people would get caught between saying something congratulatory and something lamenting, usually opting for the non-committal “that’s, um, a big one…” It’s the age when our friends are having kids, our parents are having health problems, and we’ve hopefully figured out what matters to us.

Back at the start of April, my dad, who is a 72-year-old Masters swimmer and avid hiker, suddenly started suffering from debilitating back pain. X-rays and MRIs were negative, and drugs provided no relief. After several weeks and multiple hospital stays, there were no answers, and my dad was virtually bed-ridden because of his drug addiction at this young age.Hence, I would always suggest people to consult experts from drug rehab melbourne as they can help people to overcome drug addiction.

In the meantime I was in Joe’s Valley, growing concerned with the reports from home. I was also obsessed with climbing an arete on a small piece of sandstone, which revolves around a deep lockoff using a wide right-hand pinch. My elbow, suffice it to say, did not appreciate how the move made it feel, but I tried real hard and did the second ascent of Blue Collar Criminal (V8). A few days later, on April 29th, I flew to Oakland to help my parents.

I arrived in the Bay Area and promptly spent the next 24 hours in the ER. It would be another week before he was diagnosed with Guillain-Barré Syndrome. At this point, he was barely walking, as the neuropathy had spread to his feet and left leg. It would be another several weeks before he would finally be diagnosed with Angioimmunoblastic T-Cell Lymphoma (AITL), and started on chemo. His first round of chemo was May 24th. It was 6 weeks after the onset of symptoms. He’d lost 40 pounds and could no longer stand up on his own.

He just recently had his 4th round of chemo. He’s up to 155 pounds and can walk unassisted now; the neuropathic symptoms have almost vanished, save for some numbness in the feet. The latest PET scan was clean. Things feel like they’re stable, compared to early May when every day was spent frantically trying to figure out what the hell was killing the pater familias.

During my dad’s 38-day stay at Summit Alta Bates, we developed a routine. I would wake up, make a thermos of coffee, cook breakfast or pick it up on the way, and spend the morning in Cafe 4763. My mom would usually swing by Bistro 4763 for lunch, and then some combination of family would bring dinner to Maison 4763. We’d bring our chosen libations (gin for mom, whisky for my brother and I), and joke with the nurses while watching Warriors games. Then we’d wash the dishes in the hospital sink and head home to do it again the next day. Thanks to that, my dad didn’t have to eat a single meal from the hospital cafeteria.

I’ll be the first to admit that I didn’t handle this sudden change in routine with aplomb. My elbow wasn’t doing well, but I’d spend my gym time bouldering in the cave because I was trying to relieve aggression before going back to the hospital. A week or so of that and my elbow told me firmly and repeatedly that I would not be doing any kind of climbing other than Very Easy for the foreseeable future…for the first time in 12 years of managing this injury, my elbow began messing with day-to-day life.

I was too busy and too tired to see friends. Going to the gym meant either chatting with people while they climbed, or going to the weight room by myself, feeling sorry for myself, and wondering what exercises I could do without igniting the pain in my arm. Even riding a bike was painful, and I have never been much the running type, so I suddenly found myself getting almost no exercise at all.

In hindsight, I’m sure there was a degree of guilt involved as well. I’d think of my dad’s grace and poise in spite of his vitality being taken from him so suddenly. That an otherwise healthy 34-year-old could be so badly affected by a sore elbow was a sign that I interpreted as evidence of extreme shortcomings on my part. Put simply, I had my health, so what the hell did I have to complain about?

This brings me back to birthdays. I turned 35 and wanted to mark the occasion, but my normal sources of stoke (climbing, mountains, that kind of thing) were off the table. The previous weeks had made clear to me that, while I can happily suffer in the mountains doing hard stuff all day, I needed to put some work into becoming a more open and flexible human being with at least a soupçon more routine in his life. And I needed, for everyone’s sake, to find a way to enjoy the summer living in the Bay Area.

I’ve written up a report of my birthday challenge, and once it goes up on Osmo’s website, I’ll post it here. The big takeaway is that even though the single-day challenge didn’t involve anything climbing-related, I had an awesome day of running around, whacking balls, and eating fritters with friends and family.

Today’s the final day of July, and I feel an awful lot better than I did at the start of the month. The elbow is still a little unhappy, but I’m going to start hangboarding and seeing how it goes. I’ve also been hiking around the mountains a bunch, looking for the next 5-star line and sleeping in the back of the truck; Ryan, Jordan, and I are going out again this weekend, and I can’t wait. The daily 30-minute sets have given me a decent baseline fitness, and I cannot even begin to tell you how excited I am to wake up tomorrow morning with a deep cup of rich, black, caffeinated coffee.

Here’s to the rest of summer.