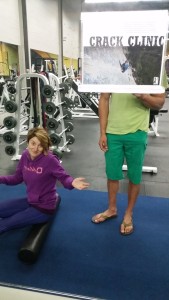 Yup. We color-coordinated obnoxiously for the gym. It was not intentional. I’m hiding behind the advert for a reason.

Wow, where to start?

I sat down to write a blog post about what we’ve been up to lately, but there’s hardly any way to begin it because everything I want to address is linked forward and backward and sideways and it’s all exciting but still up in the air.

Right now I’m sitting in the office of our friend Lindsey’s house, for whom we’re watching over things and collecting mail in Berkeley. We’re not far from Berkeley Ironworks, which is great because Vikki and I are working our way through the Rock Prodigy training program. This ain’t no kinda new year resolution, neither…see, we’ve got goals. We even spent several days in the gym in Chattanooga to get in our ARCing and hangboarding.

Those goals I mentioned come with what I would call a good chance of failure. Vikki’s goal is to climb Midnight Lightning and Nat’s Traverse (both very solid at V8). I’m going to skip 5.13b-d and try to send Jumbo Pumping Hate (5.14a) at Clark Mountain.

That’s nothing compared to the goal of a certain someone with whom we’ll be traveling to Clark. The spark that kicked off our training was Ethan wanting to train for Jumbo Love, a route he’s tried in the past with some success. We jumped at the opportunity to film one of the hardest and most impressive routes in America, and I got excited about the prospect of trying its younger brother. The three of us share a tendency to flit from one thing to another, so the theory is that a regimen of any kind will do us all a lot of good. 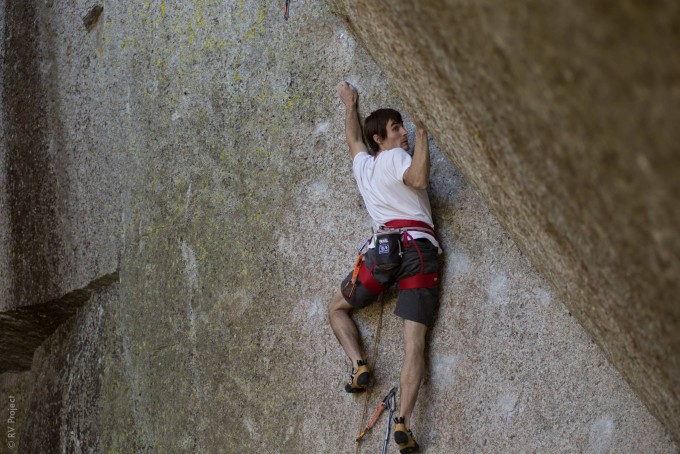 Ethan Pringle working Dreamcatcher (5.14d) in summer 2014. You can see how much he wants that overhanging wall to go away.

As you might imagine, we are all quite excited to be filming the attempts. Like, duhh. Clark Mountain is by all accounts a geological ridiculosity, one that I can’t wait to climb in and one that will make for some very dramatic footage. Also, Ethan is a fun guy to climb with, a fun guy to travel with, and he knows how to make love to the camera (see below). Also, watch the video below because Ethan attempts Jumbo Love in it.

The other bit that’s doing us a lot of good is getting to climb outside. Chattanooga gave us a lot of rain but allowed for some climbing nonetheless. Vikki and I were both in endurance mode, so no Shield sieging happened, but it was awesome to hang out with all of our old Southern friends and be the grateful recipients of the regional hospitality. Better still, I got to show my old friend Steve Baskerville around. Steve has established nearly 1,000 boulder problems in Australia, mainly in a massive yet relatively obscure boulderfield called Harvey’s Marbles. On the off chance that some of you reading this might find yourselves in northern Queensland, get Steve to show you around!

So yeah, that’s that for now. Next time I’ll tell you all about that time Dan and I ran off to Yosemite for a weekend. Now watch Joe Kinder do my dream route!